Remote Tank Monitors Can Save Time and Money

If you distribute or collect fluids, imagine a magical fleet-and-workforce multiplier, empowering you to know when and where you’re needed so you can get there promptly without even being called.

Remote tank monitors keep you posted on the status of destination tanks, 24 hours-a-day, seven days a week, whether anyone is there or not.

Ron Love, an Oregon distributor, uses remote tank monitors on more than 400 distributor and customer tanks (motor oil, DEF, antifreeze, diesel) across the West. It helps him keep up with customers’ needs for just-in-time deliveries.

“I don’t know how you can do it without monitors,’’ he said.

Love began with monitors reporting via telephone landlines. Monitor pressure-sensors detected fluid volumes in tanks, and then monitor modems on landlines sent tank readings to the monitor-maker’s data center. The center then relayed data to clients by automated (computerized) voice-over-phone, or directly to the customer’s computer or password-controlled web pages.

“I could see everything on-screen in my office,’’ Love said. “We could give each branch office passwords to see only their tanks. We could even give their customers each a password to see their own tanks.’’

This leap forward, says Love, “helped us schedule trucks, and to know what was needed, and how much,” at destination tanks — avoiding risky, expensive guessing. Remote data, he adds, “helped us predict” when tanks would run low.ESI

Landline setups, however, could be problematic when it came to finding usable phone lines or running new ones, Love said. 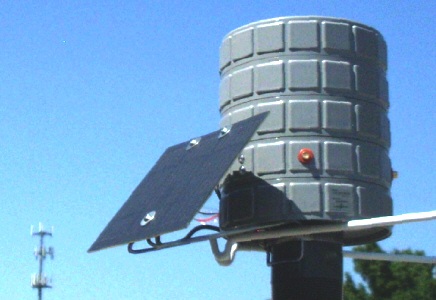 One alternative for multi-tank sites was the emerging internet. Tank monitors with Ethernet can tie into a local area network (LAN) at the tank farm. The LAN connects via one landline to the internet, combining a whole tank farm’s signals. That slashes monthly phone bills.

As cell phones — and the cellular telecom network – have expanded to nearly every corner of America, monitors emerged with cellular modems, communicating over-the-air with cell towers.

At multi-tank sites, some monitors use low-cost, low-power local RF/WiFi radios, transmitting tank data to a nearby main monitor’s single cellular modem. That modem gathers data from all tanks, combining them into one cellular signal, cutting not only initial monitor costs, but monthly phone bills as well.

Chuck Solander, of Ohio cryogenic distributor O.E.Meyer, said it “saves a lot on fuel on big runs. Instead of sending a truck 100 miles to a tank that’s over half-full, we can schedule timely shipments to tanks in groups.’’

Remote monitors boost business. Customers appreciate timely service, and when they never need urgent resupply, they don’t ever need to consider other suppliers.

Many remote monitors can be programmed to report at specific times, from weekly to every few minutes. Less-frequent reporting extends battery life, and may reduce cell-phone bills.

Some can be programmed to send alert signals when tanks reach certain customer-defined “critical’’ high or low levels, or even sudden or extreme changes.

“Our monitors send an e-mail alert to a phone or computer when a tank drops below 25 percent,’’ preventing run-outs, Solander said.

“So you can stay on top of that, getting trucks out to pick up so the well doesn’t have to shut down. That keeps the well producing… revenue,’’ Goloby said.

But the key value of remote tank monitors is letting you see, across time and space, what’s going on with destination tanks, without having to be there. This means your fleet only goes where and when it is needed with the right product, just in time.

Gerald Rues, MSEE, is chief executive and chief engineer at Electronic Sensors Inc. He can be reached at either http://leveldevil.com or 800-886-2511. 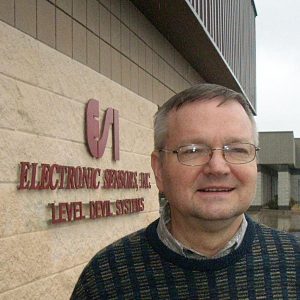