They made the remarks at a House hearing by a Transportation and Infrastructure subcommittee on “Building a 21st Century Infrastructure for America: Highways and Transit Stakeholders’ Perspectives.’’ 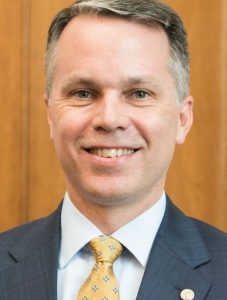 Patrick McKenna, director of the Missouri Department of Transportation

Patrick McKenna, director of the Missouri Department of Transportation (DOT) who also spoke on behalf of the American Association of State Highway and Transportation Officials (AASHTO), told the panel the trust fund “remains at a crossroads because it currently has only enough funding to last through fiscal 2020.’’

As an example, McKenna said that unless Congress acts to shore up the fund before then, Missouri’s federal highway and transit funding would shrink to what it received 15 to 20 years ago.

However, he noted, “given the national policy momentum and support for infrastructure investment and tax reform, now may be that rare and opportune time to finally resolve the structural fiscal imbalance in the HTF.’’

McKenna said states and local governments are already paying much more for transportation systems than their federal partner, citing U.S. Department of Transportation (USDOT) data from 2015 showing the federal share to be just 20 percent of highway and bridge funding and 26 percent of transit costs. In addition, he said that more than two dozen states since 2012 have increased their transportation revenue streams, and others are considering such action.

He also provided, in his written testimony, an AASHTO-generated listing of revenue options and how much they could bring to the HTF from such things as a surcharge on drivers’ licenses, a tire tax on light-duty vehicles like truckers now pay, vehicle registration fees and various types of fuel taxes into the fund. 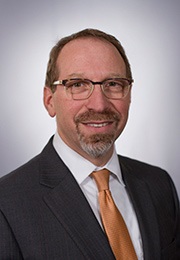 Peter Rogoff, chief executive of the Seattle area’s Sound Transit and former U.S. DOT undersecretary for policy, told lawmakers that “any discussion of building a 21st century infrastructure must begin by conceding that nationally we are on a trajectory where conditions in both the highway and transit modes will only worsen as the century progresses.’’ This is happening, he said, because of inadequate funding to keep up with rapid increases in population and congestion.

Speaking for the National Association of Manufacturers, Ray McCarty, who is the chief executive of Associated Industries of Missouri, said: “Manufacturers believe the nation must undertake an infrastructure effort that seeks to modernize our aging systems and makes a long-term public commitment to infrastructure not witnessed since the era of President Eisenhower and the development of the interstate system.’’

To get there, he said, “addressing the long-term solvency of the Highway Trust Fund is vital to ensuring the preservation of the most important federal highway and transit investment tool. The NAM urges Congress to shore up the fund with a reliable, user-based, long-term funding stream.”

Rep. Sam Graves (R-Mo.), who chairs the Highways and Transit Subcommittee and presided at the hearing, also said that “enacting a long-term solution for the Highway Trust Fund is a critical component’’ to making sure the nation can address surface infrastructure needs.

However, Rep. Peter DeFazio (D-Ore.), ranking Democrat for the full committee, said: “We can do this in a bipartisan way, but all we’re doing is talking. That’s all we are doing is just talking while the country crumbles. Let’s get to work. It’s time for somebody to take the lead, and this committee should take the lead. It’s time to put proposals out and force the House to act.’’

The witnesses also generally agreed that Congress could take further steps to improve federal project reviews and permitting, and that direct federal funding is needed in any new infrastructure package along with any proposed private financing incentives.

And McKenna underscored the importance of routing federal funds through existing formula-based highway and transit programs that spread the investments throughout the nation fairly, so that states can direct the money where they most need it.