Fuel pump failure can be costly and hurt a transporter’s reputation. One of the leading causes of failure is the tank. This is due to all the sediment, rust and debris from the pump finding its way into the tank.

Removing all contaminates is critical. If possible, operators should have the tank steam-cleaned at a truck maintenance facility that offers the service. The technicians can recondition a tank and check for leaks that may be hard to spot.  The goal in cleaning the tank is to restore the environment inside the tank to the same state it was in when it was first driven off the assembly line. 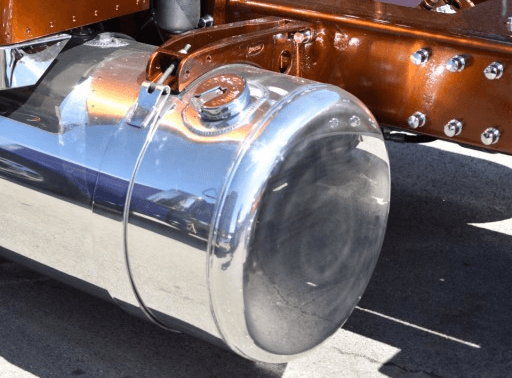 Many operators believe that a new sock or strainer on the full pump will catch all of the bad stuff. That isn’t correct. The typical sock or strainer is designed to catch contaminates that are between 50 and 100 microns in diameter. Forty microns is the size of a human hair. A typical inline fuel filter can catch particles as small as 10 microns. The sock also has a limited capacity due to its small surface area.

Operators should always install a new filter. Sounds simple, but it is often forgotten. The old filter can restrict flow and make the new pump work harder. This makes for a hotter running pump that fails sooner.

It’s always important to check the evaporative emission control system (EVAP). It takes at least one drive cycle for most vehicles to set an EVAP code. A leak due to disturbing the lines may not set a code during the initial test drive. The code may come on after the vehicle has been sitting for a while or a certain temperature has been reached.

Check the system with a scan tool or smoke machine. Some scan tools and vehicles can perform a self-leak check. Fuel filler necks are especially susceptible to leaks if the tank has been dropped.

In the Rust Belt states, corrosion on the top of the tanks and on the fuel lines is starting to become a big headache during fuel pump replacement. This is due to brines being used on roads to prevent icing. Brines stick to trucks — even the tops of fuel tanks — long after the snow storms have passed and even into summer. Then, every time it rains, the brines are reactivated and start to corrode the tank.

Also, check the straps and mounting hardware of the tank. It’s also a good practice to inspect the fuel lines for corrosion before starting the job. Nothing is worse than discovering a line has collapsed due to corrosion during removal or installation.