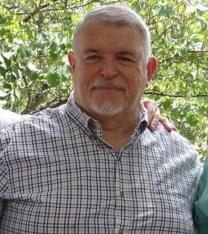 Don Wilcox, who served as the Atlanta, Ga., branch manager for Werts Welding, died in October from leukemia, company officials said. His survived by his wife Pamela; two children, Andy Wilcox and Jonathan Wilcox and his wife Dawn; and three grandchildren, Samantha, Ansleigh and Madison.

Don Wilcox was born in Upland, Calif., and attended high school and college in Georgia. He began his business career as an employee of Fruehauf Trailer Co. He held various positions at Fruehauf, including outside salesman, warehouse manager, and parts manager. He was employed at Fruehauf for 25 years. After leaving in 1996, he joined Mid-South Tanks as branch manager. The company subsequently was sold to Werts Welding and Tank, where Don Wilcox became manager of the Atlanta branch.

Among his passions was coaching football and baseball for local youth organizations and junior high school programs. Wilcox was inducted into the Sprayberry High School Athlete Hall of Fame and was awarded the North Georgia Junior Football Association’s “Coach of the Year’’ award twice.

“Don truly made a lasting impact on the young men he had the opportunity of  coaching,’’ company officials said in a press release. “Many of them are now coaches, administrators, principals, detectives, business men, and attorneys. They all credit him with teaching them values they still use in life today and many credit him as having been the biggest influence on their lives.’’

In memory of Wilcox, his family is asking that friends and associates donate to the Leukemia and Lymphoma Organization or the Emory Winship Cancer Center.