Louisiana is one of 35 states where it will be easier for people driving an alternative fuel vehicle to know how far they will need to travel to get to the next available alternative fuel station. The state will be installing signs along Interstate corridors so drivers of alternative-fuel vehicles will soon have clearly marked signs along roadways to keep them informed. Vivian Aucoin, with the Louisiana Department of Environmental Quality (DEQ)

According to a recent report on WRKF 89.3 in Louisiana, Vivian Aucoin, with the Louisiana Department of Environmental Quality (DEQ) who is coordinating the project with the Federal Highway Administration (FHWA), said: “We have Interstate 10, Interstate 12, interstate 49, 55, 59, and Interstate 20 across north Louisiana. This is a program that FHWA started two years ago. It puts up signs and lets people know that there are alternative fuels available in the area. It doesn’t cost anything, other than our time to get it started. But we weren’t sure how it would work out in the wash, and so we decided to let our neighbor Texas test the waters first.’’

By spring, those driving propane-fueled (autogas), electric, LNG, or CNG vehicles will know they can get the go-juice to travel Louisiana, too.

“Instead of hitting the Texas border and seeing a sign that says ‘End Alternative Fuel Corridor,’ they will see signs telling them how far to their next station,’’ Aucoin explained. 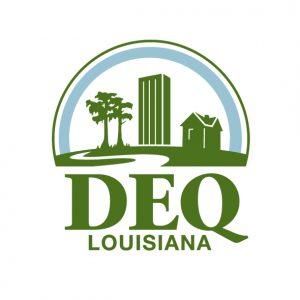 Louisiana has enough alternative fueling stations already in place to make the program work, but DEQ would like to offer more electric refueling, state officials said. Those vehicles only have a range of 50 miles before needing a re-charge, so Aucoin and her staff are looking for conventional gas stations to participate and install the EV chargers. She said it’s a good way for convenience stores to increase their commerce.

“They don’t make a whole lot off of gas, right? It’s when you go in and you get your snacks and your cokes. That’s where they make their money, so they’re going to want people to come in and shop while they’re charging their vehicle,’’ Aucoin said.

The FHWA has designated 55 routes across 35 states that are the basis for a network of alternative fuel corridors stretching 85,000 miles. This effort is part of a directive in the Fast Act and would indicate locations for propane autogas, plug-in electric vehicle (EV) charging, hydrogen, and natural gas fueling stations.

This project indicates the increasing popularity of clean-burning, propane autogas vehicles across the country. According to the Propane Education & Research Council (PERC), there are nearly 200,000 on-road propane vehicles with certified fuel systems in the United States. Many are used in fleet applications, such as school buses, shuttles, and police vehicles.

In addition to the environmental and economic benefits of propane autogas vehicles, the U.S. Department of Energy’s Alternative Fuels Data Center says the vast majority of propane consumed in the United States is produced here and distributed via an established infrastructure.

Therefore, fueling vehicles with propane is one way to diversify U.S. transportation fuels and increase the nation’s energy security in the process, government officials said.