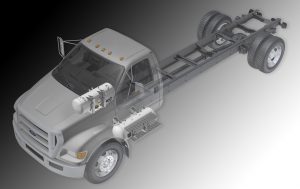 Home satellite TV provider DISH Network Corp recently signed a deal to run 200 of its trucks on propane, in the latest indication that the niche fuel could soon rival natural gas as the United States’ cheap transport alternative.

Once considered a low value by-product of oil refining and natural gas processing, used primarily in home heating and in industry, propane is now being used as a fuel in new school buses and trucks around the country. That is happening as businesses like DISH look for ways to move away from gasoline and diesel so that they can cut their fuel bills.

The boom in shale oil and gas production has driven down propane prices. And while it is still more costly than natural gas at the pump, propane engine makers argue that their products and refueling stations are cheaper than those provided by natural gas rivals. 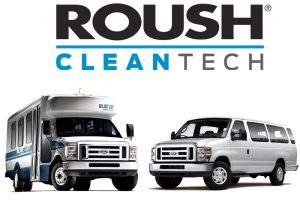 DISH Network, which is also the owner of the home movie provider Blockbuster, signed a deal with Roush CleanTech for 200 propane-powered vans that will be used for customer service in Atlanta, Ga.; Chicago, Ill.; Detroit, Mich.; Los Angeles and San Francisco, Calif. said Erik Carlson, the company’s executive vice president of service and installation. Roush, which is based in Michigan, makes propane fuel systems for engines made by Ford Motor Co.

“We had been thinking about alternative fuel and as we looked as the list of categories that were important to us, propane met most of those needs,” Carlson said.

DISH expects expects a 55-percent reduction in fuel costs for the Ford E-250 cargo vans that will run on propane — amounting to a saving of about $2,500 per vehicle per year, he said.

DISH’s deal is part of a wider move away from diesel and gasoline across many forms of transport. BNSF Railway Co  also said recently it will run some locomotives on liquefied natural gas rather than diesel to save fuel costs.

Propane is not a new phenomenon in transportation — there are more than 13 million vehicles using it worldwide, according to government figures — but it has

remained a niche product in the United States, in part due to the high cost of the fuel compared to other alternatives.

That is all changing. Thanks to the increased domestic production of oil and natural gas, the wholesale cost of propane has halved since 2011, and is now around 85 cents a gallon, offering a saving of more than $1 per gallon of versus gasoline by the time it gets to the pump. Propane production has hit all-time highs, up nearly 50 percent over the past four years.

Moreover, while a natural gas or liquefied natural gas fueling station can cost hundreds of thousands of dollars to build, a propane tank — which resembles a miniature submarine, sitting above ground and rounded at both ends — can be installed in a day for less than $50,000, experts said. 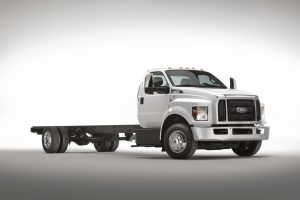 Sensing the potential, manufacturers of propane engines and fuel systems have been pitching the benefits to school transport authorities and fleet owners, including those who operate heavy trucks.

“After four or five years singing the same song, people are beginning to implement this in major volumes,” said Todd Mouw, a vice president of sales and marketing at Roush.

“Fuel prices continue to go up, so customers are looking for alternatives,” Mouw said.

Still, propane’s rise may not significantly eat into natural gas vehicle sales, some analysts said, given that natural gas targets more heavy duty trucks and the limited choice of propane engines available in that category.

The mantra of propane advocates is the same as the one chanted by the natural gas camp — use a cheap, domestically-produced fuel in American vehicles and wean the country off foreign oil.

Propane use in vehicles dropped in the last decade in part because production of the fuel fell, but also because the price was linked to oil, which soared to record highs in 2008, pulling propane up in tandem. Propane became consistently more expensive than gasoline and diesel at the pump, according to government figures.

Propane now represents the lion’s share of STI’s alternative vehicles which make up one third of its 10,000-strong fleet. The decision was driven in part by the cheaper vehicle cost versus natural gas, Engelbert said, as well as installing the fuel tanks, which is free if you sign a fuel supply deal with the installer.