Embark hauled Electrolux refrigerators from Los Angeles to Jacksonville, Fla., in the test drive, covering around 2,400 miles without relying on a human driver on the freeway. 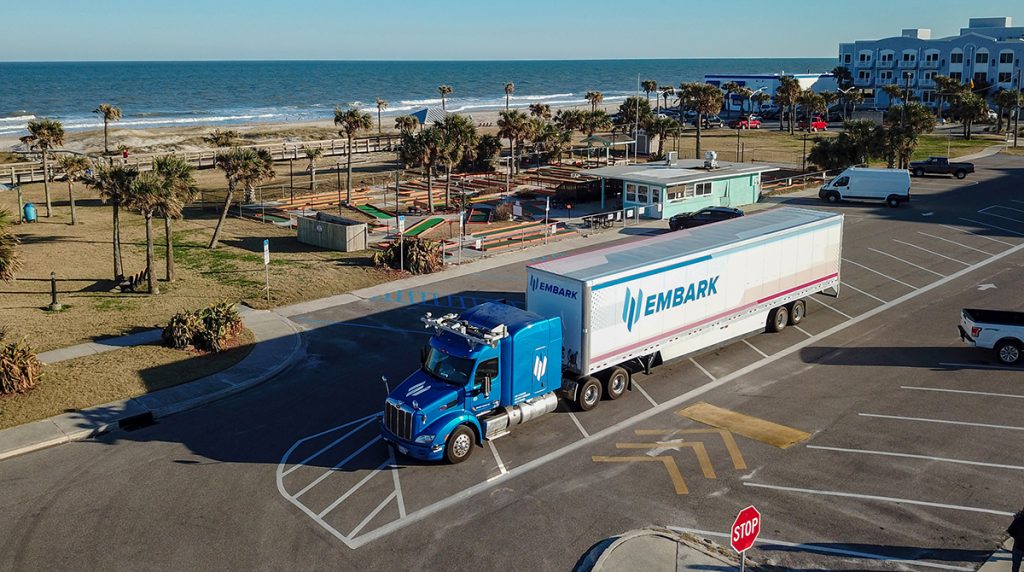 They plan to acquire 40 more semis within the year for further testing and long-haul deliveries.

Unlike other tech ventures working on self-driving vehicles, including Alphabet’s Waymo and General Motors’ Cruise, Embark uses machine learning software and data from the sensors on-board its trucks to map its surroundings in real-time and avoid obstacles. Others “pre-map’’ their routes, and use data from the sensors on-board to augment their maps.

In its test drive, the Embark truck, dubbed “Big Blue,’’ operated with professional safety drivers inside, ready to take over the wheel if needed.

In the long-term, the start-up company aims to produce autonomous trucks that can drive themselves on freeways, but would require a human to get on and off the exits, and to navigate around cities or small towns, company officials said.

This concept would make it possible for truckers to keep their jobs but cover long routes and make more deliveries in less time, Rodrigues said.