T There’s been a lot of media coverage over the past couple of years about how workers in many industries, construction included, will soon be replaced by robots and artificial intelligence (AI). A recent study by the Midwest Economic Policy Institute (MEPI) estimates that by 2057 robots could replace or displace 2.7 million jobs in construction. 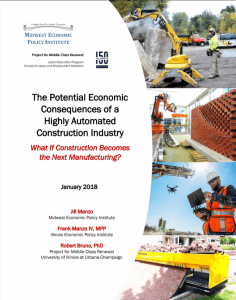 What If Construction Becomes the Next Manufacturing?

It’s an alarming number, but one that should be taken in the context of how it was determined, experts emphasize. The MEPI study used employment numbers from the Bureau of Labor Statistics for a handful of construction trades and then applied a growth rate of 6.5 percent each decade to get projected employment numbers by 2057. They then applied automation potential estimates derived from a report by McKinsey and Co. to determine how jobs in each trade would be displaced or replaced in the next 40 years.

Some occupations in construction have a higher potential for automation, including operating engineers, which has an 88-percent potential for automation. One of the reasons for this is that autonomous heavy equipment already exists, using similar technology for self-driving cars, and is currently in use to perform excavation, grading and site work. Equipment manufacturers like Komatsu, CAT, Volvo CE and others are investing heavily in research and development to perfect the technology and bring it to market. 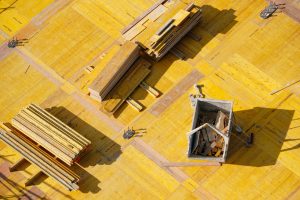 Other occupations have a smaller potential for automation, like roofers (31 percent), construction laborers (35 percent) and sheet metal workers (39 percent). Part of the reason is that it’s not technically feasible to replicate certain tasks using robots and that much of the physical work done in construction is done in unpredictable and ever-changing environments.

McKinsey estimates that the automation potential for unpredictable physical work in construction is 38 percent compared to predictable physical work, which has a 70 percent automation potential for construction and extraction workers. They also predict that only 5 percent of all occupations across all industries have the potential to be completely replaced by robots.

So, are robots coming to steal construction jobs?

For starters, there’s already a labor shortage created by the Great Recession that the construction industry still hasn’t recovered from despite the fact that construction spending is at an all-time high. Older workers are aging out and retiring and the younger generation isn’t exactly flocking in droves to careers in construction to make up current shortfalls in labor demand. 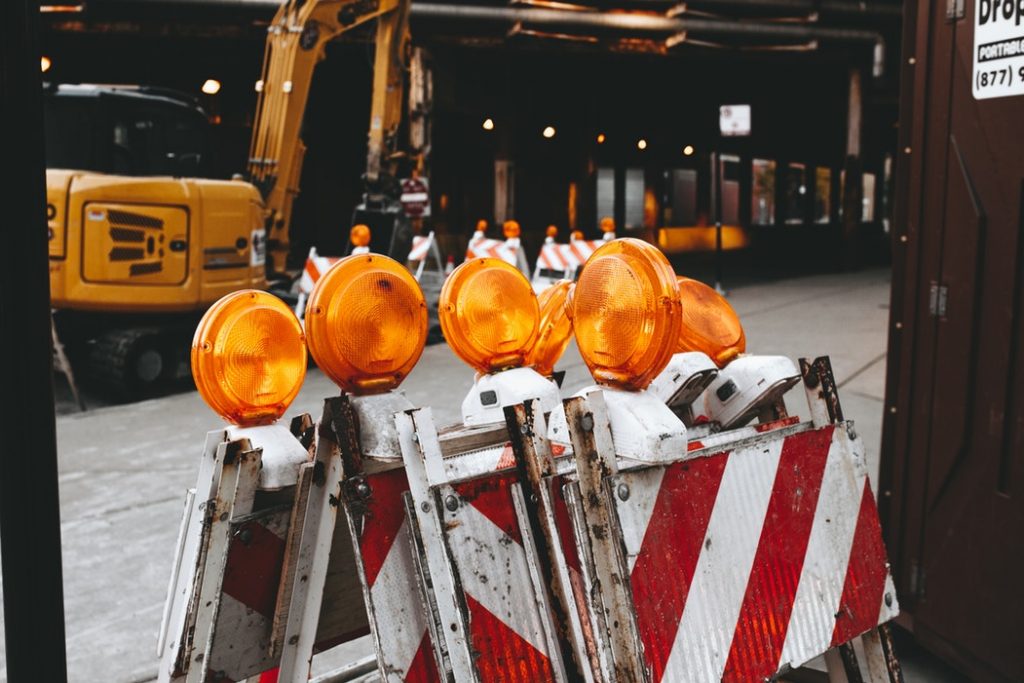 Current robots are good at doing simple, repetitive tasks, which is why the industry is already seeing brick laying robots and rebar tying robots. Once set up, these robots can work continuously to complete tasks faster than human workers without needing to take breaks or go home for a good night’s sleep. Robots don’t get tired from lifting bricks, applying mortar and setting them in place or constantly bending over to tie rebar.

In both these examples, humans are still needed to perform some of the work. Both still require workers to set up the robots and get them started. 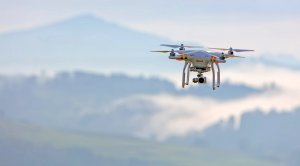 The more likely scenario is that a small number of jobs and occupations may be completely eliminated or replaced by robot workers. A majority of jobs will remain with humans working in conjunction with robots performing more of the repetitive and laborious tasks, allowing workers to be more productive and efficient by focusing on the highly-skilled tasks of their job.

New job opportunities and occupations will be created as robots make their way to the construction site. Workers will be needed to deploy, operate and oversee the work of robots. Robots will need to be repaired and maintained just like any other machine. This, of course, will require workers to learn new skill-sets and receive additional training for these positions, but it’s nothing that hasn’t been experienced in the past

As construction projects become increasingly more complex, robots and AI software will make it easier to keep projects on schedule and within budget by improving human efficiency and productivity. That in turn will allow construction companies to take on more work and increase head count, researchers predict.

Contents hide
I Robots Will Disrupt Construction Industry
I.I What If Construction Becomes the Next Manufacturing?
I.II So, are robots coming to steal construction jobs?
I.III Humans Still Needed in Construction