About 30 upstream oil and gas projects are expected to be approved around the world this year, similar to 2017, as operators stay focused on less capital-intensive projects with quicker returns, according to Wood Mackenzie (WoodMac) analysts.

Six of the 30 projects WoodMac expects this year have already been sanctioned, the consultancy said in an annual review of the upstream industry.

As well as projects in Britain, Norway, Israel and the Netherlands, the six include China’s first wholly owned and operated deep-water gas project, Lingshui, and the $1 billion Pegaga gas project in Malaysia.

Oil and gas investment plunged more than 40 percent between 2014 and 2016, according to the International Energy Agency (IEA), as crude oil prices slumped from above $100 per barrel. That led many in the industry to argue new supplies will be scarce in the 2020s, triggering price spikes. 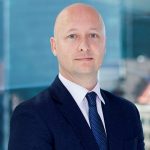 “Operators have found ways to grow in tough business conditions,’’ WoodMac research director Angus Rodger said in a statement accompanying the report. “The big question is whether the industry is actually spending enough.”

Projects approved in 2017 were double the number in 2016 as costs came down, oil prices rose and corporate finances improved, the analysts said.

However, average capital expenditure in 2017 dropped to $2.7 billion – the lowest in a decade – as operators focused on smaller projects and expansions of producing fields, the consultancy said.

The average breakeven cost is expected to fall by 15 percent to $44 per barrel of oil equivalent, with the most competitive projects in shallow waters off Norway, Britain and Mexico. 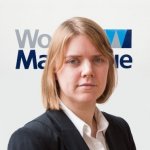 “We should continue to see operators favoring a leaner and meaner path in 2018. Investors and operators want to see faster cycle times and quicker returns,” said Jessica Brewer, a principal analyst at WoodMac.

That notion was supported by a Reuters analysis this week, which showed big drillers stuck close to existing infrastructure in their bids for U.S. Gulf drilling leases.

Gas and LNG projects are likely to take a bigger slice of overall investment, with big expansion projects in Norway, Iran and Oman, WoodMac said.

“We cannot rely on smaller projects forever, and when we look at LNG in particular, we see a lot of big projects on the horizon,” Rodger said.

Investments may pick up

Investments may pick up in 2019 with multi-billion projects such as Mozambique LNG, Canada LNG and expansions in Qatar and Papua New Guinea close to final investment decisions, the consultancy said.

“It will be interesting to see if any of these LNG projects push for a late-2018 sanction, thereby locking-in lower costs and pipping the competition,” Rodger said.

(This article was first reported by LNG Industry.)