The company has been testing its Level 4 Class 8 autonomous trucks in the state of Arizona for more than a year and recently began generating revenue hauling freight for commercial carriers in the state.

Earlier this year, TuSimple expanded its testing facilities at 9538 E. Old Vail Road from 6,800 to 50,000 square feet, and in 2019 the company plans to further expand its footprint.

To support its growing development program, TuSimple projects it will create 500 new jobs across a variety of fields ranging from engineering and autonomous truck driving to office management. The company will also expand its autonomous fleet to 200 trucks in the U.S. by 2019.

With 500 trucks worldwide in 2019, TuSimple will be the world’s largest autonomous truck fleet, the company said.

The expansion has a projected total economic impact of $1.1 billion over the next five years.

TuSimple said its goal is to create the world’s safest self-driving, semi-truck perception system. TuSimple’s camera-centric system has a vision range of 1,000 meters and can “see’’ 360 degrees around for a pixel-level interpretation of the visible environment, enabling the vehicle to locate itself within four inches of the road at all times.

In 2017, TuSimple secured $23 million in a Series B funding round, and the company raised an additional $55 million of Series C funding in November of 2017. 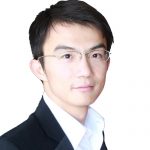 “Arizona has actively supported the research and development of autonomous vehicles, and we are pleased to be expanding our footprint in the state,” said Xiaodi Hou, chief technology officer and co-founder of TuSimple. “We thank Governor Ducey and our community partners for their generous support.”

“TuSimple’s original expansion into our state, and this announcement to expand even more, are testament to the environment we’ve created here, one that is business-friendly, where innovators do what they do best: innovate,’’ Ducey said.