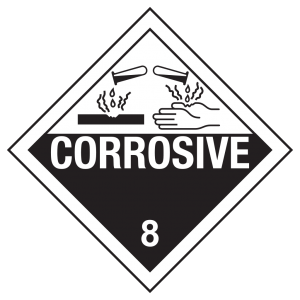 A full size, cylindrical tank trailer pulled by a truck tractor split open on its lower section at mid-span and released hundreds of gallons of hydrochloric acid (HCl) onto a secondary highway in a northeastern state.

When this occurred the truck driver jumped out of the truck’s cab and sustained acid burns to his ankles because he was wearing low-quarter shoes. In addition, most of the acid ran into a nearby stream and may have caused long-term environmental damage. 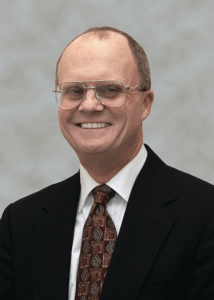 I was retained by a defense attorney representing the tanker’s owner in the suit by the truck driver. It was believed that the failure may have been caused by corrosion of the wall of the tanker from the acid being transported. The question was why this occurred given that standard maintenance procedures had been followed.

HCl is a very aggressive acid and it will rapidly corrode many metals, especially the plain carbon steel used to fabricate the wall of the tanker in question. It has been a common engineering practice to use carbon steel instead of more expensive and resistant alloys in HCl service, but to also provide an acid-resistant rubber liner inside the walls of the intended container to prevent acid-to-steel contact.

Steel is relatively heavy and thus for economic operation of the transport service steel tankers’ walls are made as thin as possible. However, the tanker must be strong enough to safely resist the stresses imposed by the static weight of the liquids being carried plus the shock loads generated by travel over a variety of road hazards.

The solution used here was to apply multiple external steel reinforcement components — spaced along the cylindrical tank — to permit a relatively thin wall thickness of the overall structure. These components were “C’’ shaped units that were heated, rolled into an inside diameter equal to the outside diameter of the tanker and welded into place at their edges. This can be a viable and safe approach to tanker design.

Special attention is given to initial installation of a rubber liner in a container intended to transport acid. This involves not just proper selection of the type of rubber used, but also assuring that there are no thin rubber areas or pin holes and that good adherence between the rubber and the substrate steel is attained.

After this is done, the user has to maintain the initial work by regularly checking the condition of the tank liner by various standardized inspection methods. In this case the owner of the tanker had operated it for several years and during the period he had completed regular maintenance inspections using standard methods and never found a serious defect.

I reviewed his written records, which verified these inspections and the results. Further, the physical condition of the rubber liner at the point where the tanker wall split open was found to be good without obvious deficiencies. 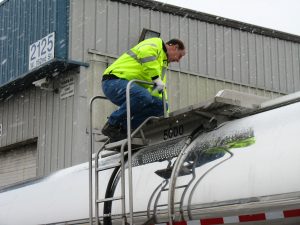 Inspection of the tanker steel wall at the rupture point showed it was severely corroded and located at an area that was formerly covered by a rolled, “C’’ shape reinforcement. The reinforcements were similar in shape to structural steel channels.

Also, the area of the exterior tanker wall surface under the reinforcement was not painted as were the overall exterior surfaces of the tanker and the outside surfaces of all the “Cs.’’ An important feature of the design was that several small holes were drilled through one surface of the lower portion of this mid-span reinforcement as well as on the other reinforcements. It was also seen that the corrosion on the tank wall at the rupture location originated from the outer surface, not the inner surface.

Given the physical evidence and information gathered I concluded that this accident was caused by a thinning of the tanker wall due to corrosion that originated from the outside. When most of the tanker wall thickness had been consumed by this external corrosion, the internal rubber liner and the rolled “C’’ did not have sufficient strength to resist the applied stresses at this mid-span location where bending stresses were greatest.

The rupture could then occur. I believe this sequence occurred because the tanker operated from Florida to the northeastern U.S. year-round through a variety of weather conditions. The small holes in the “C’’ reinforcements allowed ambient air to enter these partially enclosed areas as the truck went through different climates in short time periods. Condensation occurred in the enclosed areas and ran down to the low points on the exterior of the tanker’s wall and collected for a period before they dripped off.

Over years of use, corrosion by water condensate occurred on this outer, enclosed surface and the original wall thickness was gradually eaten away. The process was accelerated because the affected tank wall surface area was left uncoated.

I provided a written report and gave a deposition describing my findings and conclusions. Clearly there was no viable reason why the tanker owner would (or could) be expected to have inspected the external condition of the tanker wall underneath these enclosed areas under the “C’’ reinforcements. The plaintiff’s case against the tanker owner was dropped.

Gerald O. Davis, PE, is president and co-owner of  Davis Materials and Mechanical Engineering Inc. (DM&ME). He has more than 40 years of experience in materials engineering and business. He is a forensic expert in materials usage, corrosion, metallurgy, mechanical failure and root-cause failure analysis. He can be reached at 804-967- 9129.