When the fuel crisis of 2007-2008 hit, Covenant Transport, like virtually every other large carrier in North America, realized it needed to get its fuel consumption and costs under control. As with many fleets at the time, diesel-powered auxiliary power units (APUs) were part of that solution. Then through technology improving APUs came an electric-powered APU solution to this common fleet issue.

APUs are small generator units that mount on long-haul truck chassis to provide power, heat and air-conditioning to the sleeper and cab to keep drivers comfortable during rest periods.

But the initial diesel-powered units the fleet experimented with weren’t the solution the carrier needed, said Dan Porterfield, senior vice president of maintenance for the Chattanooga, Tenn.-based carrier.

“There’s always been a certain amount of friction between the desire of fleet management to control costs by reducing idle times and driver comfort on the road,” he said. “Diesel-powered APUs were invented to address those goals, but — if we’re being honest — haven’t always achieved the results we’d like to see.”

During the initial evaluation of APUs more than a decade ago, Covenant discovered that while the units did a fine job providing in-cab power and comfort to drivers, the fuel savings they delivered were “zeroed out” by increased maintenance costs. Early electric-powered APUs, however, often didn’t last for the full rest period, especially in the worst heat of summer.

In the years since, something of a revolution has taken place in electrification technologies, including considerable improvements in battery size, weight and power densities. Moreover — and significantly for Covenant and its idling challenge — these advances include sophisticated power management software that allows battery systems to dispense electricity in “intelligent” ways that manage energy use to provide optimum effectiveness and the longest possible use of a battery charge.

Unlike their diesel predecessors, electric APUs draw power from a truck’s batteries while parked, and rely on power management systems to nurse that load throughout an entire off-duty time period to keep a cab and sleeper powered up and comfortable.

“We were skeptical at first,” Porterfield said. “We had questions about the run times these systems would be able to achieve. The initial data looked promising, but if you can’t get the battery to last through the driver’s rest cycle, you’re not really achieving anything.”

In addition, Porterfield had reservations about how electric APUs would affect the life of the truck batteries.

“It’s sort of the same thing we ran into with the diesel-powered units,” he said. “If we end up saving money on fuel, but spending those savings on new batteries because our battery consumption rates double, we’re not really coming out ahead.” 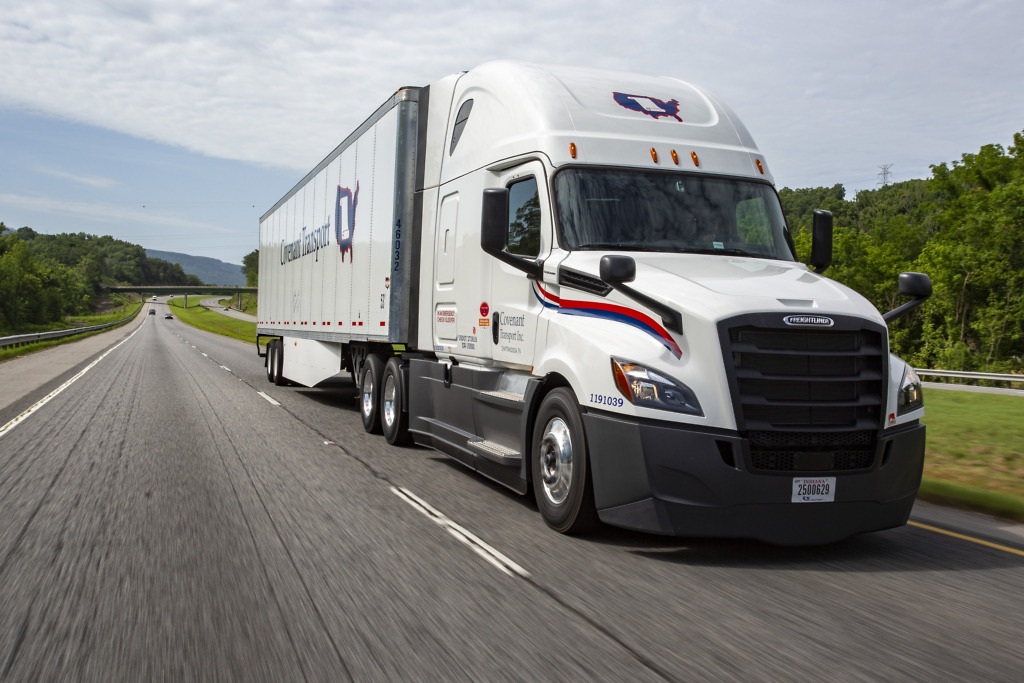 Porterfield felt the data warranted test trials. So last summer, Covenant fitted out six long-haul tractors with three of what he felt were the most promising units available (two test units per manufacturer) and sent them out on the road. Installing the units takes about the same amount of time as putting in diesel-powered APUs, he said. And their size and weight requirements are right in line as well.

So far, he said, the results have been encouraging. “We didn’t get started until late summer. So we didn’t get a full warm season in. However, we did learn that the units were more than capable of keeping a truck cab cool and comfortable during an entire off-duty cycle in Phoenix, Ariz., at the height of summer. And that was a major milestone for me.”

As winter winds down, Porterfield said the electric APUs are handling the cold season without any major hiccups. He’s said he is looking forward to getting a full year’s worth of data in so the fleet can make some purchasing decisions going forward.

“The drivers tell me they love the systems,” he said. “And we’re looking forward to seeing how they do this year in a full range of changing seasons and temperatures. But I think there’s some real potential here. It’s just going to take some more time and data, however, to prove the concept out.”