For the first time, Groendyke Transport of Enid, Okla., has named three recipients of the Jonathan Luevano Memorial Scholarship. This year’s recipients are Kailey Davis of Angleton, Texas; Anna Smith  of Gastonia, N.C.; and Lorraine Lowrey of El Dorado, Kan.

The scholarship honors the memory of Jonathan Luevano, a driver at Groendyke’s Fort Worth, Texas, terminal who was shot and killed May 7, 2015, while delivering fuel to a local convenience store. To keep Luevano’s memory alive, the trucking company started the scholarship for children and grandchildren of its employees.

“We are very proud of each of this year’s recipients,” said Greg Hodgen, Groendyke Transport’s president and chief executive. “It’s important to us as a company to keep Jonathan’s spirit alive. He represented Groendyke with complete professionalism, and his helpful spirit inspired coworkers, customers, family and friends alike.’’ 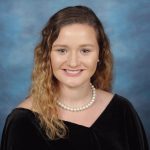 Kailey Davis received the top scholarship award in the amount of $1,500. She is the granddaughter of Angleton drivers Julie and Kary Golden. Davis is a graduate of Boling High School in Boling, Texas. She has been accepted to attend the University of Texas at Austin in the fall and plans to major in youth and community services. 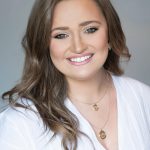 As a runner up, Anna Smith will receive $500 toward her tuition in the fall. She is the daughter of Leeds, S.C., terminal manager John Smith. She recently graduated from Forestview High School in Gastonia, N.C. Smith plans to attend Liberty University in the fall and major in artist development. 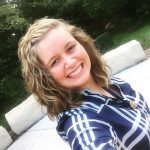 Also a runner up, Lorraien Lowrey will receive $500 toward her fall tuition. She is the daughter of construction and facilities manager Kristy Lowrey. A current college student, she expects to graduate from Wichita State University in 2021 with a degree in civil engineering.