Federal investigators have charged a reality TV star and owner of a trucking company with bank fraud and money laundering, alleging he misused funds meant to help small businesses stay afloat during the COVID-19 pandemic. 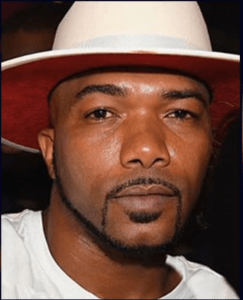 Prosecutors allege that Maurice Fayne, aka “Arkansas Mo,” 37, of Dacula, Ga., who appeared on VH1’s reality TV show “Love & Hip Hop: Atlanta,” applied for and received a $3.7 million loan through the Paycheck Protection Program (PPP) in mid-April for his trucking company, Flame Trucking. Instead, federal investigators claim, Fayne used the money to purchase expensive jewelry, pay back child support and lease a Rolls-Royce.

Fayne was also charged with wire fraud in connection with a Ponzi scheme after 20 individuals invested over $5 million in Flame Trucking, but investigators claim he used investors’ money to pay his personal debts and expenses and transferred more than $5 million to a casino to cover his gambling debt.

He was arrested in May on federal bank fraud charges arising from the PPP loan. According to the original complaint filed on May 12, Fayne submitted a PPP loan application with United Community Bank (UCB), headquartered in Blairsville, Ga., which is a U.S. Small Business Administration (SBA) lender.

Forgivable loans through the PPP, administered by the U.S Small Business Administration, started out with $350 billion in the CARES Act signed by President Donald Trump in late March and were re-upped in April with an additional $320 billion.

In his application, Fayne stated he had 107 employees and his average monthly payroll was nearly $1.5 million. He also certified that the loan proceeds for Flame Trucking would be used to “retain workers and maintain payroll or make mortgage payments, lease payments and utility payments specified under the Paycheck Protection Program Rule.”

According to the indictment, Fayne posed as the owner of a profitable trucking company from August 2014 through May 2020. However, prosecutors allege his trucking company “never generated enough revenue to cover its expenses.”

Federal investigators claim Fayne used the PPP funds to pay $40,000 in past-due child support, $50,000 in restitution owed in a previous fraud case and $65,000 in cash withdrawals.

In late April, UCB discovered the PPP loan to Fayne and Flame Trucking exceeded the maximum amount allowed under SBA guidelines and “took back part of the loan proceeds,” reducing the amount to around $2 million.

When UCB asked Fayne to provide additional information about Flame Trucking’s finances, court documents claim he sent statements from Arvest Bank, which investigators allege were fraudulent because the bank had shut down the trucking company’s account in September 2019.

During the course of the investigation, federal agents seized $617,000 from Fayne’s bank accounts, $136,000 used as a down payment on the Rolls-Royce and nearly $80,000 in cash from his residence.

“The emergency lending provisions of the Payback Protection Program were intended to help small businesses survive the COVID-19 pandemic,” U.S Attorney Byung J. “BJay” Pak said in a statement. “Fayne allegedly used PPP loan proceeds to live a luxurious lifestyle that included leasing a Rolls Royce and purchasing expensive jewelry, as well as making payments to individuals involved in a Ponzi scheme. We intend to investigate and charge anyone who inappropriately diverts these critical funds for personal gain.”

Fayne’s attorney Tanya F. Miller of DuBose Miller LLC in Atlanta filed a motion on June 16 to withdraw as counsel in Fayne’s case.

In her motion, Miller, who was hired by Fayne prior to his arrest and negotiated his surrender, stated that the reality TV star “is currently without the ability to work, has no financial resources” and is unable to pay for representation in this case.

An attorney appointment hearing in Fayne’s case was scheduled for Thursday in U.S. District Court in Atlanta.