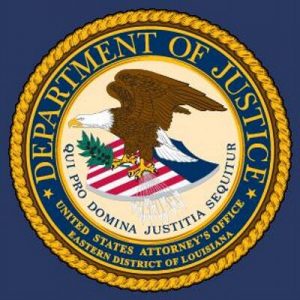 In late August, the U.S. Attorney’s Office Eastern District of Louisiana announced that 11 people had been indicted on various charges of conspiracy to commit mail fraud and mail fraud in connection with a federal probe into staged crashes targeting semi trucks in New Orleans.

The eleventh defendant, 49-year-old Roderick Hickman, has been identified as a “ringleader” of the conspiracy alongside 48-year-old Damian Labeaud, who in August pled guilty to conspiracy to commit wire fraud.

According to the indictment, Hickman was behind the wheel of a car that intentionally collided with a tractor-trailer on March 27, 2017, at the intersection of Chef Menteur Highway and Downman Road and then fled the scene with Labeaud.

The indictment also alleges that defendants Randle, Diggs, and Wheaten intentionally collided with a tractor-trailer on May 17, 2017, in the area of Calliope Street and U.S.-90 East while Labeaud was behind the wheel.

Authorities said Mario Solomon, who was also charged and convicted in an earlier indictment, picked up Labeaud from the collision site.  Labeaud then allegedly participated in another staged accident about 30 minutes later in the vicinity of Louisa Street and Chickasaw Street. The participants in the Louisa Street staged accident were Francois, Gale, Smith, and another passenger.  Labeaud also fled the scene after this crash.

The passengers in the cars involved in the crashes were then referred to attorneys who paid Hickman and Labeaud to stage the crashes. Investigators say that the victim trucking and insurance companies paid out $277,500 for these fraudulent claims.

According to the indictment, Hickman and Labeaud staged at least 100 truck crashes between 2015 and 2017.

The indictment also names Attorneys A, B, C, D, and E as part of the scheme.