The proposed business combination with SPAC company Northern Genesis Acquisition Corp II. is expected to close in the second half of the year. The pro forma implied enterprise value is about $4.55 billion with a market capitalization of about $5.16 billion.

Embark will receive $614 million in gross proceeds, enough money to keep it operating until the planned carrier operation of self-driving trucks in the U.S. Sun Belt begins in 2024.

Northern Genesis raised $414 million via an initial public offering to blank check investors who did not know the SPAC target. An additional $200 million came in through a private investment in public equity (PIPE) that allowed investors to purchase shares in Northern Genesis II for $10 each and a warrant for one-sixth of a share. Each full share can be exercised for $11.50. 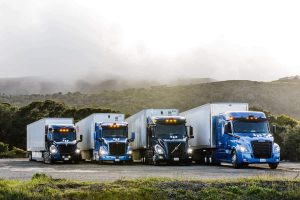 Embark is the third autonomous trucking software developer to embrace public trading. Tu Simple Holdings went public via a traditional initial public offering in April valuing the company at $8.1 billion. It said recently it is six months ahead of schedule in completing the first part of a three-phase autonomous freight network and will reach the East Coast from Texas by the end of the year.

Sequoia Capital China-backed Plus is in the SPAC process sponsored by Hennessy Capital’s fifth such entity. Hennessy recently disclosed that Amazon Inc. has a warrant to purchase up to 20 percent of Plus in exchange for purchasing up to $150 million worth of its PlusDrive autonomous software units.

Alphabet Inc. backed Waymo also announced recently it had raised $2.5 billion in a new capital. Its trucking unit Waymo Via is partnering with Daimler Trucks North America to provide its fifth-generation WaymoDriver software for a Freightliner Cascadia.

Kodak Robotics without a deal 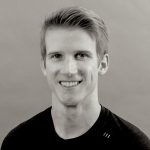 Kodak Robotics without a deal – “We’re very aware of the market. We’re having conversations with folks in that area. But we’re not necessarily specifically looking for any one particular outcome,’’ said Don Burnette, Kodiak’s chief executive.

That leaves only Kodiak Robotics among major high-autonomy software developers without a deal.

Other than an undisclosed investment by tire maker Bridgestone America in July, Kodiak has not announced new funding since a $40 million raise in 2018.

“We’re very aware of the market. We’re having conversations with folks in that area. But we’re not necessarily specifically looking for any one particular outcome,’’ said Don Burnette, Kodiak’s chief executive.