Regional air carrier Mesa Air will become the first U.S. airline to enter the world of drone delivery. Mesa Air Group, the parent company of Mesa Air, has signed an agreement with drone provider Flirtey for four delivery drones with an option to purchase 500 additional drones.

Mesa and Flirtey said in a joint release they will target last-mile food delivery initially. The service will eventually be expanded in the U.S. and New Zealand.

“Mesa is excited to partner with Flirtey to become the first scheduled airline to launch drone delivery in the U.S. Drone delivery is a huge market and it’s here now. This is the future of small-package last-mile delivery,” said Mesa chairman Jonathan Ornstein.

Flirtey, which manufacturers its drones in the U.S., will supply both the drone and its autonomous software platform. The partnership will include data collection and analysis. 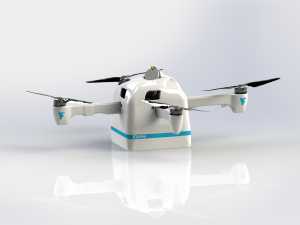 Flirtey has conducted more than 6,000 flights to date, it said. In November 2020, Flirtey was one of 10 drone companies that sought proposed certification from the FAA to classify their unmanned aircraft systems (UAS) or drones as special class aircraft. According to the FAA, this approval is part of the process in certifying drones for operation, including for package delivery. The airworthiness criteria provide a level of safety equivalent to that provided by existing airworthiness standards applicable to other categories of aircraft and establish a defined path to type certification for specific drones, the FAA said.

Flirtey’s FAA application listed its F4.5 model, also know as the Eagle. According to the Federal Register notice, the drone “consists of an unmanned aircraft (UA) and its associated elements that include communication links and the components that control the UA. The Model Flirtey F4.5 UA has a maximum gross takeoff weight of 38 pounds. It is about 78 inches in width, is 78 inches in length and 21 inches in height.”

The F4.5 is battery powered. Flirtey said a single pilot would be able to operate up to 20 aircraft at a time. The aircraft would deliver medical supplies and packages, the company said in the application. The drone has a maximum operating altitude of 400 feet and a maximum cruising speed of 24 knots.

Flirtey’s system includes the Portal, which is a takeoff and landing platform that can be placed at storefronts, and its software platform that controls the flight operations. The drone lowers packages on a tether. 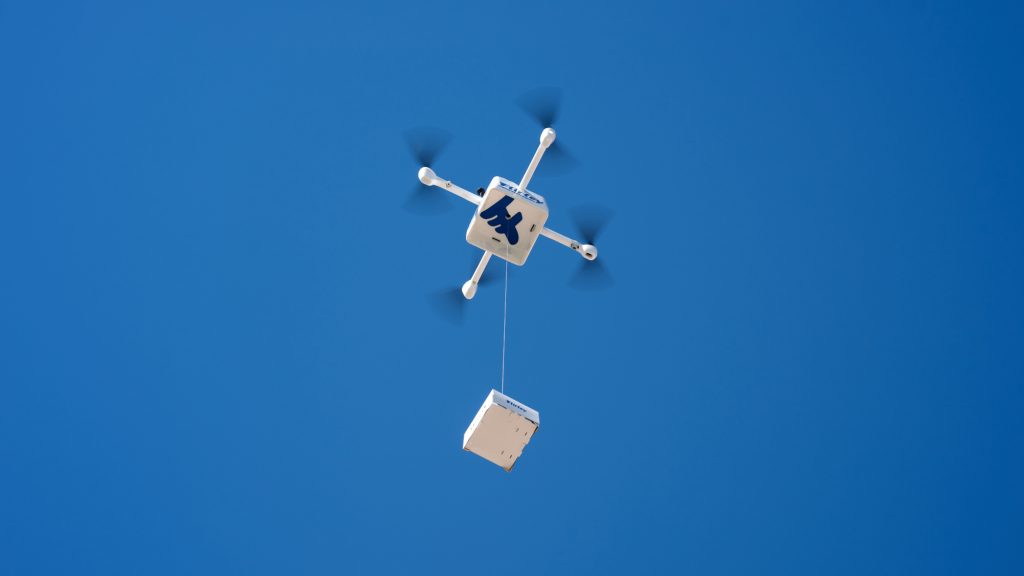 Mesa Air Launches Drone Delivery with Flirtey – Flirtey’s system includes the Portal, which is a takeoff and landing platform that can be placed at storefronts, and its software platform that controls the flight operations. The drone lowers packages on a tether.

Mesa conducts over 450 daily departures across the U.S. Mesa operates all of its flights as either American Eagle, United Express or DHL Express flights pursuant to the terms of capacity purchase agreements entered into with American Airlines, United Airlines and DHL.

While Mesa is the first U.S. airline to announce last-mile drone delivery plans, Air Canada has been working with Drone Delivery Canada on a drone pilot program in that country.