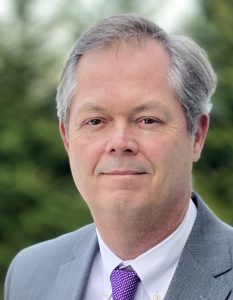 The National Oilheat Research Alliance (NORA) has announced the appointment of Michael Devine as incoming president following the retirement of past president John Huber effective March 1.

Devine comes to NORA after having served as vice president of sales and business development for World Energy. As part of the senior management team, he managed day-to-day activities for sales and volumes at terminals, prepared monthly and annual budgets and developed key national accounts, including FedEx, UPS, Chevron, Ryder, The Union Pacific Railroad and others.

Prior to his time at World Energy, Devine was chief executive and founder of Earth Energy Alliance where he assisted the petroleum distribution industry in reducing the carbon footprint of their fuel by increasing the use of renewable liquid fuels.

Devine has deep roots in the oil-heat industry. He began his career in his family’s business, Devine Brothers of Norwalk, Conn. He started as a truck driver and service technician, growing into roles as sales manager, vice president and president of the 50-employee, third- generation business. He is a member of the NORA board and has been active voice in supporting the oil-heat and liquid heating fuels industry for decades.

NORA’s board chairman, said: “We are excited about having Michael join the talented NORA team as president. He’s an exemplary leader with the ability to further build on NORA’s success…”

Roger Marran, NORA’s board chairman, said: “We are excited about having Michael join the talented NORA team as president. He is an exemplary leader with the ability to further build on NORA’s success with his extensive knowledge and passion for the oil-heat, biofuels and liquid fuels industry. He will help us expand on our mission of enabling renewable cleaner fuels, more efficient heating system and a highly educated technical workforce. He is committed to NORA’s vision to provide better solutions for American consumers and businesses with cleaner, more efficient and more reliable heat and hot water systems.’’

Devine succeeds NORA’s founding president, John Huber, who is retiring after a 22-year career with NORA. Huber will continue in his current role as president through early 2022 and will continue to provide support for Devine to ensure a successful transition period, the association said.