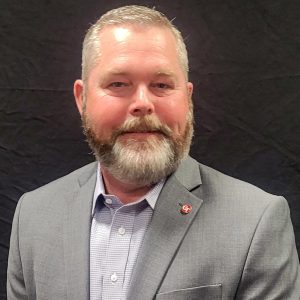 Groendyke Transport of Enid, Okla., has promoted Chris Pape to vice president of safety and training.

“Chris is a prime example of the opportunities for growth at Groendyke Transport,” said Greg Hodgen, president and chief executive of Groendyke Transport. “His hard work and determination to climb the ladder and become a top-notch safety professional has been nothing short of impressive, and I am proud to have him leading our safety and training efforts.”

Since 2009, Pape has served on the Oklahoma Safety and Security Council (OSSC) under Oklahoma Trucking Association (OTA) and the NTTC Safety Council. He has also served on the National Tank Truck Carriers (NTTC) energy services committee since 2015.

In October, Pape was named southern region chair of the NTTC Safety Council. As a member of the OSSC, he has served two terms as OSSC chair and 12 years as chair of either the equipment or course for OTA’s truck driving championships.

Groendyke provides transportation services and bulk logistics solutions. It is a privately held, family-owned company. Further information may be obtained by contacting Matt Palmer at mpalmer@groendyke.com or 580-213-9282.