T The federal government announced last month it is reducing annual fees for commercial carriers required by law to participate in the Unified Carrier Registration Plan (UCR). The Federal Motor Carrier Safety Administration (FMCSA), which has oversight of UCR, published the final rule making in the Federal Register. The new fees go into effect immediately. 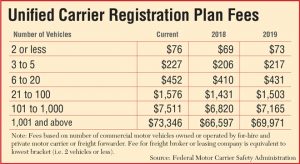 The UCR Act, established in 2005, requires motor carriers involved in interstate commerce, and other businesses subject to the federal law, to submit annual fees based on fleet size to supplement funding for state highway motor carrier registration and safety programs.

The fee reduction for 2018, totaling about 9 percent, was based on a recommendation from the UCR board of directors following several years of higher than expected collections.

“We’re pleased with the outcome of FMCSA’s rulemaking on this matter,” said Avelino Gutierrez, UCR’s board chairman of director of transportation at the New Mexico Public Regulation Commission. “And pleased that we could help deliver a cost reduction for our carrier partners.’’

The Indiana Department of Revenue, which operates the national UCR online registration system on behalf of the UCR board of directors, said last month if expected to be able to handle registrations immediately. The Indiana site, which carriers based in any state may use to register, is www.ucr.in.gov. Several other states maintain their own UCR systems; at least some of those said they might need a little more time to accept 2018 registrations.

State enforcement of the UCR registration requirements commonly begins January 1. Since the 2018 registration has had to be delayed several months, the UCR board is requesting states not to enforce until 90 days after the fees go into effect; that is, not until April 5. The Commercial Vehicle Safety Alliance — the association of motor carrier enforcement agencies — has adopted this position. 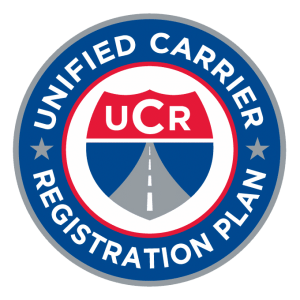