Demand for German biodiesel going up

Demand for biodiesel from Germany continues to be very high, especially in the EU-28, according to export figures published by the German Federal Statistical Office (GFS). 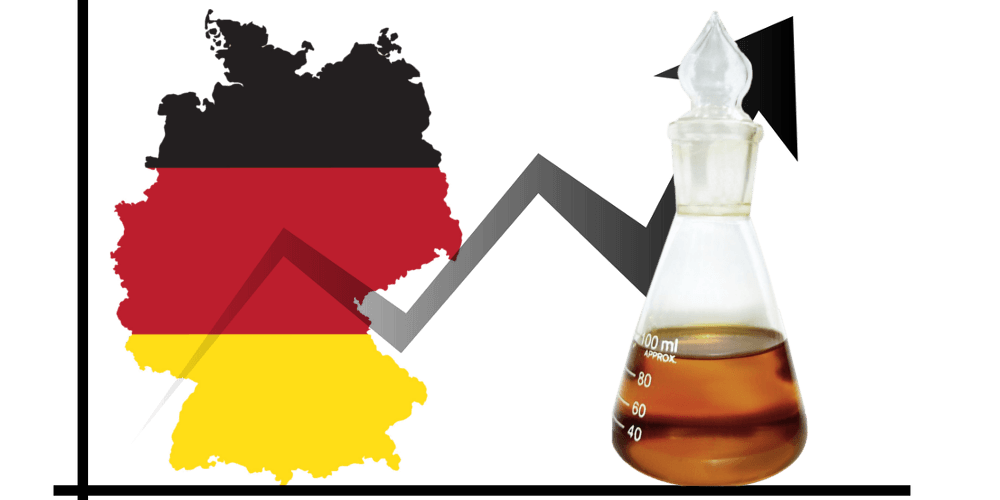 German biodiesel exports amounted to about 1.61 million metric tons (more than 483 million gallons) in 2017. Exports exceeded the previous year’s level by 4.4 percent and are a major support for rapeseed oil demand in Germany.

The EU member states are the main receiving countries, accounting for about 89 percent.

The U.S. was the most significant country outside the EU receiving German biodiesel, despite a 17.5 percent drop in imports from 2016 to 70,100 tons. Exports only picked up again in the last quarter of 2017, according to GFSO).

Exports to Austria increased strongly by nearly 35 percent, moving the country up to third place. Demand from Denmark showed an unexpected rise of 104 percent.

At the same time, German imports of foreign biodiesel went up about 4.6 percent to 792,000 tons. According to Agrarmarkt Informations-Gesellschaft (mbH), this was the largest quantity imported since 2012.

Deliveries from the Netherlands went up 6.5 percent to 305,000 tons despite the previous year’s 87 percent growth. Belgium ramped up its exports to Germany by 35 percent to 136,000 tons.