Expansion of the Panama Canal allows for larger and cheaper transports

The recently completed expansion of the Panama Canal, which now allows transport of larger and cheaper volumes of liquid petroleum gas (LPG), combined with the opening of the Mexican energy industry to private investment, has dramatically shifted the trade balance and altered how regional LPG companies must compete, according to new analysis from IHS Markit, a consulting and analytics firm.

LPG (a blend of propane and butane) is a fuel used primarily for residential and commercial cooking and heating in Latin American and other regions, including Asia and Africa. However, it, along with other natural gas liquids (NGLs), can also can be used as feedstocks for chemical production.

“For nearly 70 years, Latin American producers and marketers of LPG operated in a relatively closed market with prices controlled by the state, so they didn’t concern themselves with the global market,’’ said Adrian Calcaneo, senior consultant and the lead for the Latin America and the Caribbean NGL Service at IHS Markit.

“However, many company leaders are telling us that nearly overnight the business has changed, and they now must consider the major market competitor that is Asia, and how they compete with the Mont Belvieu (Texas) price benchmark. What happens in these places now matters to LPG producers in Latin America. They are being forced to adjust their business and service models in a rapid and significant way, and the transition is not easy.” 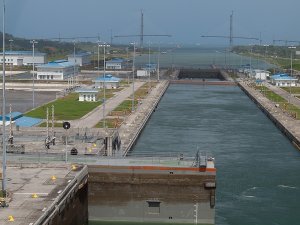 Other market impacts, such as Hurricane Harvey, which affected about 45 percent of the natural gas liquids (NGLs) fractionation capacity at Mont Belvieu, caused refineries throughout the Texas Gulf Coast to be either shut down or operated at reduced rates for an extended period.

“Hurricane Harvey shut down LPG exports for the U.S. for a week and it caused some Asian markets to react strongly,” Calcaneo said. “Fearing supply shortages, countries such as Japan bought much of the excess supply, which caused prices to shoot up rather quickly. This phenomenon shocked some producers and importers in the Latin American region, who were not accustomed to managing such market shocks and considering what is happening in China or Japan. While supply disruptions were minimized in the region, if anything, this natural disaster reinforces the need for further storage to be developed in Latin America.”

Dependence on U.S. for imports of LPG

Increasingly, the region is becoming more dependent on the U.S. for imports of LPG, Calcaneo said.

“The significant quantities of cheap LPG supplies are coming from the U.S., and it is changing the balance of trade and pricing for both importers and exporters. Mexico and Brazil are net-importers, and are importing at Mont Belvieu prices. Argentina, on the other hand, is an exporter of LPG, but it must also compete with the cheaper Mont Belvieu prices.”

Argentina, he said, used to sell LPG to Chile, but now competes with exports from the U.S. However, the bigger ships now coming through the expanded Panama Canal are enabling more LPG volumes to be transported from the U.S. to Asian markets. And also to the West Coast of Latin America and South America, particularly to Chile and Colombia, Calcaneo said.

Scott Gray, a senior director at IHS Markit, said: “Before the expansion of the Panama Canal, only four of the largest LPG ships (VLGCs) were able to transit the Canal, and other VLGCs generally used an alternate route around the Cape of Good Hope. The canal expansion was completed in June 2016, and by the end of 2016, nearly all LPG VLGC traffic was moving through the Canal.

Meanwhile, by the time the Panama Canal expansion was completed, nearly all incremental U.S. LPG exports already were being directed to Asia, Gray said. Consequently, the expansion of the Canal did not change either the source of the global incremental LPG supplies, or their ultimate destination. However, it did reduce the distance traversed and the time required, and therefore, impacted the amount of risk inherent in making trades.

Aside from imports and exports to other regions, the Latin American LPG market is now ripe with inter-regional expansion, IHS Markit said.

“While a very small percentage of propane is actually being used in the region for petrochemical feedstock, the petrochemical market is seeking alternative supplies for feedstock derivatives, and NGLs from the U.S. are increasingly becoming more attractive,” said Rina Quijada, senior director of Latin American petrochemicals and feedstocks research at IHS Markit. “The larger ships coming through the Panama Canal create better economies of scale, and those imported NGL cargoes are cheaper.”

While Brazil continues to work on its pre-salt hydrocarbon resources and Argentina is setting the stage for greater investment in its gas resources from the Vaca Muerta play, those projects are longer-term.

“In the meantime, Argentina, Mexico and Brazil will increasingly lean on the U.S. for additional NGLs to meet their needs for petrochemical production,’’ IHS Markit said.