Roadrunner Reports on Net Loses in 2017

The Downers Grove, Ill.-based truckload and less-than-truckload carrier reported a 2017 operating loss of $36.5 million, compared with a loss of $403.8 million in 2016, financial reports show. 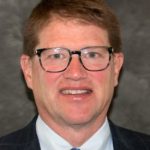 “We are happy to complete our 2017 annual report, which gets us another step closer to becoming current with our SEC reporting,” said Curt Stoelting, company chief executive.

He said the company plans to release its first-quarter 2018 results this month. That would make Roadrunner current with Securities and Exchange Commission (SEC) requirements for being listed on a stock exchange.

The release of full-year 2017 results is part of Roadrunner’s efforts to amend and refile its financial statements after a company-led investigation that found the previous management team made substantial accounting errors over several years.

According to the indictment, the scheme was designed to mislead shareholders, auditors and regulators about Roadrunner’s financial condition “to maintain and increase the market price of Roadrunner’s stock.”An SEC and U.S. Justice Department (DOJ) investigation of the matter led to the June 15 indictment of two former Roadrunner finance executives for multiple counts of conspiracy and wire and securities fraud in a scheme DOJ said led to a loss of $245 million in shareholder value.

The indictment lists but doesn’t name five co-conspirators, including a former board member, who were part of the alleged scheme.