With the slogan “tariffs are taxes,’’ a diverse array of steel and aluminum-using manufacturers from across the United States has launched a new coalition focused on terminating the Section 232 steel and aluminum tariffs.

Called the Coalition of American Metal Manufactures and Users, the new trade group hopes to avoid what happened in 2001 when steel was similarly locked out through Section 201 tariffs. Those tariffs lead to the loss of an estimated 200,000 jobs.

The coalition’s effort is part of growing opposition to President Trump’s tariffs, particularly those on steel and aluminum. The movement is gaining strength quickly from leading trade and business organizations, including the U.S. Chamber of Commerce, Business Roundtable, Caterpillar, and boat and automobile manufacturers.

Adding its voice as well is National Tank Truck Carriers (NTTC), the leading national voice for tank-truck carriers, vendors and manufacturers. Those manufacturers rely heavily on steel and aluminum. 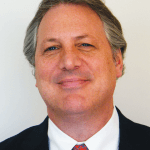 “As steel prices rise, tank carriers are being asked to pay more for trailers already ordered or lose their trailer to a competitor’s order,’’ said Daniel R. Furth, NTTC’s president. “It’s a king-sized problem and it keeps on rolling downhill. Depending on the type and origin of the steel or aluminum in question, the cumulative cost of tariffs can exceed 200 percent of the material’s list price.

“Manufacturers are forced to pass along their price increases to keep up with steadily  rising raw steel and aluminum coil prices from domestic steel manufacturers. Tank trailers are overwhelmingly constructed from steel or aluminum.’’

Coalition of American Metal Manufacturers and Users said its members are already seeing damaging results from the 25-percent steel tariffs and 10-percent aluminum tariffs imposed by Trump on March 23. The coalition represents a wide range of domestic manufacturing interests, from metal formers to machinists to food equipment manufacturers.

“These tariffs will do nothing to uphold their stated purpose of protecting U.S. national security,” said coalition spokesperson Paul Nathanson. “They will instead hurt U.S. manufacturers in the near term by raising the price of the essential inputs they need to make finished products, and do long-term harm to domestic steel producers by eroding their own customer base.”

“Bottom line, tank truckers need highly specialized trailers to move their customers’ shipments. Combined with other market constraints like the truck driver shortage, the inability to acquire trailers is a looming catastrophe of higher costs for trailer manufacturers, tank truck carriers, our shippers, and anyone that purchases gasoline, shampoo, laundry detergent, or any of the thousands of other products that require tank truck transportation in their supply chain.’’

The 232 scenario manufacturers are facing today is nearly identical to what they faced in 2002, when steel was locked out of the U.S. through the Section 201 tariffs. The decision to shut out the normal flow of global steel commerce left a smaller amount of steel available inside the United States, driving up costs for steel users. Studies show that 200,000 manufacturing jobs were lost due to the imposition of those 201 tariffs.

“The coalition is united in its efforts to address the same fundamental problem that we experienced in 2002,” Nathanson said. “Tariffs help a small handful of steel producers while jeopardizing the viability of thousands of steel-using manufacturers.

“Tariffs are taxes, plain and simple,” he concluded. “The administration’s stated goal is to create new jobs and help U.S. manufacturers prosper, but these tariffs will bring the opposite result.’’