U.S. milk producers asked the government to increase aid payments to the dairy industry to offset losses from foreign tariffs, saying dairy farmers have lost more than $1 billion in income since May.

The administration of President Donald Trump in late May announced tariffs of 25 percent on steel imports and 10 percent on aluminum imports, prompting retaliation from top trading partners that have spilled into agriculture. 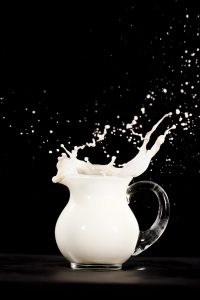 Dairy farmers have received $127 million in government aid in compensation, a fraction of the sector’s tariff-related losses to date, the National Milk Producers Association (NMPF), which represents the majority of the country’s milk industry, said in a letter to Secretary of Agriculture Sonny Perdue dated Oct. 24.

“We are eager to work with you on a plan that better reflects the struggles dairy producers across the country have faced due to the tariffs,’’ said the letter, signed by NMPF Chairman Randy Mooney, and published on its website.

The tariffs have added to pain dairy farmers had already felt from low milk prices caused by chronic oversupply.

The dairy industry was a sticking point in the renegotiation of the free trade deal between the United States, Canada and Mexico that replaced the North American Free Trade Agreement (NAFTA). During the talks, Trump won some concessions from the protected Canadian dairy industry.

But U.S. farmers have yet to see the full benefit, as continuing disputes over steel and aluminum mean they still face retaliatory measures when trading with Canada and Mexico.

In the letter to Perdue, the milk producers submitted several price analyses that estimated potential full-year losses from trade barriers as high as $1.5 billion for 2018.

“These estimates show that farmer losses from the tariffs will notably exceed $1 billion in 2018. Significant income losses will continue if they stay in place,” the letter said.

The U.S. Department of Agriculture had announced a $12 billion aid package to help compensate farmers hit by the trade disputes, which included cash payments for farmers of soybeans, sorghum, corn, wheat, cotton, dairy and hogs. It had already outlined the allocations for the first $6 billion at the end of August.

“The USDA’s approach has resulted in only $127 million in market facilitation payments – only one-half of our annual production,’’ Mooney said.

In October, Perdue said the second tranche of the aid package would need to be recalculated after the updated NAFTA agreement was struck, indicating it could be less than originally planned.