As in past year s, the three-day show showcased the newest industry technologies and offered educational programs focusing on tank-truck maintenance, safety and cleaning. In addition, participants who had registered were able to attend U.S. Department of Transportation (DOT) cargo tank test and inspection workshops. 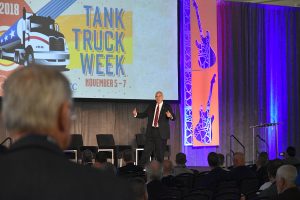 Delivering this year’s keynote address was retired First Sergeant Matt Eversmann, an Army Ranger who was a central character in the movie Black Hawk Down. Eversmann was a member of a group of elite U.S. soldiers sent into Mogadishu, Somalia, in 1993 as part of a UN peacekeeping operation. Rangers and Delta Force soldiers fought side by side for 18 hours in the most hostile district of Mogadishu until a rescue

convoy could be mounted to retrieve them. 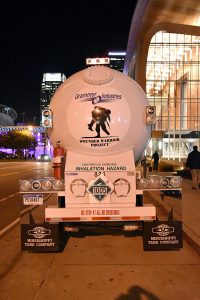 This years nearly 1,500 people attended the NTTC show, which along with Eversmann included an appearance by Paul Emerson, a driver for Foodliner. Emerson is the “Wounded Warrior Propane Transport Truck and Professional Tank Truck Driver of the Year.’’ 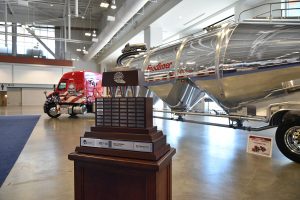 NTTC represents the tank-truck industry before Congress and many of the federal regulatory agencies, including the DOT , EPA, DHS, and their many divisions, including the Federal Motor Carrier Safety Administration and Transportation Through a relationship with American Trucking Associations (ATA), NTTC works at various levels on state and local transportation issues affecting tank-truck carriers.

Further information may be obtained by visiting www.tanktruck.org or by calling 703-838-1960. Daniel Furth, NTTC president, can be reached at dfurth@tanktruck.org. Boyd Stephenson is senior vice and counsel.