An Arkansas U.S. District Court ruled that truck drivers should receive at least minimum wage for their work time – whether they are paid by the hour or the mile.

The recent ruling notes that drivers who are paid by the mile may still be paid in that fashion, but their overall pay must meet the federal requirements for minimum wage. 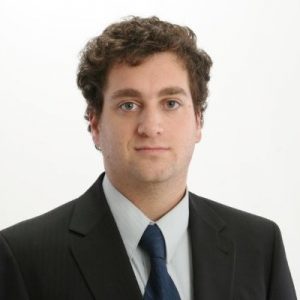 “The law that we’re suing under says: We’re going to look at all the money you carriers have paid a driver in a given week. And that could be mileage pay. It could be detention pay. It doesn’t matter. It doesn’t matter how you did it. We’re going to look at the total paycheck that your driver earned and divide it by the total hours he worked,’’ said attorney Justin Swidler, who represents the drivers in this case.

Swidler then added: “The significance of the ruling is that the court has recognized a principle — and it’s not the first court to do so — but it’s recognized as a principle that I think every driver intuitively knows, which is that when you’re stuck guarding a truck, the tractor or the load, that’s still work, even if you’re in the sleeper berth. Even if you’re sleeping that’s work time because a lot of that time you wouldn’t be there if you weren’t at work. There’s the conceptual recognition that this is work.’’

Richard Pianka, deputy general counsel, called the ruling an “outlier’’ that is causing concern and uncertainty in the trucking industry.

“But in the fullness of time,’’ he added, “the issue will come out the right way. In the meantime, it muddies the water.’’

Swidler said he doesn’t think the decision is a major game changer.

“And we don’t pretend otherwise,’’ he said. “What the court held here is, in essence, that when you’re over the road as a driver, assuming that you’re not relieved from duty and you’re not going into a hotel or able to leave the truck and the load, that that’s basically 16 hours a day of work per the federal regulations. That would entitle you to minimum wage for 16 hours a day.’’

Although the ruling affects drivers making under minimum wage, it might trickle up to higher paid drivers, Swidler said.

“The hope is that, as you raise the bottom, you raise everybody. That’s the practical implications of what this could mean,’’ he said. “It also means that if we can get Congress to increase minimum wage, then these drivers would get a little bit more, too.’’

The next proceeding before the court, in this case, is that the defendants have filed a de-certification motion asking the court to tell the 3,000 class action drivers that they have to file separate lawsuits. Swidler disagreed with this claim and said that the drivers are within their rights to be considered a class for purposes of this suit.