Reuters reported the deal was for about $2.5 billion, including debt.

Direct ChassisLink is a leading North American provider of intermodal chassis, operating a network of nearly 235,000 chassis in hundreds of locations. Nearly one in three containerized shipments in the United States uses one of DCLI’s chassis, according to the company.

EQT Infrastructure was the seller in the deal and will retain a 20-percent stake in DLCI and Blume Global, according to Reuters. EQT bought DCLI in 2016 from Littlejohn and Co. Littlejohn bought DLCI in 2012 in a carve-out from Maersk, which started DCLI as a division in 1988.

DCLI acquired TRAC Intermodal’s chassis fleet, which numbered about 72,000 chassis, in 2017. Last October, Bloomberg reported that EQT was exploring the sale as a way to improve its balance sheet before a potential initial public offering, and indeed Apollo Global Management says its private equity business specializes in identifying undervalued assets. 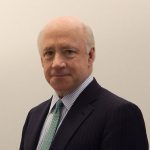 “We are excited to have the support of a world-class financial sponsor like Apollo as we look to grow our asset provisioning business, expand into new adjacencies and capitalize on the tremendous market opportunity for Blume,” said Bill Shea, chief executive of DCLI. “EQT’s vision and backing have allowed us to grow rapidly over the past few years. We are thankful for EQT’s ongoing support and we welcome Apollo to the DCLI family.”

According to Pitchbook data, Apollo has exited a number of its larger portfolio companies through IPOs, which could be an option for a company like DCLI once it grows even larger.

The shortage of intermodal chassis equipment in North America and its impact on port congestion has been widely covered in transportation media and should be considered a positive backdrop for DCLI’s core business, according to analysts. However, intermodal volumes in the United States are heavily exposed to international trade.

“Volume growth will be necessary for price increases, though, and container traffic will be highly sensitive to U.S.-China trade negotiations, since international intermodal is just over 50 percent of intermodal volume in the U.S.,’’ said Stifel equities analyst David Ross in a March intermodal industry update.