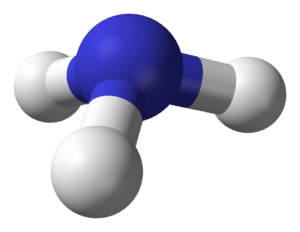 Ammonia spilling from a valve hooked to two tanks being pulled by a farm tractor in Beach Park, Ill, in April released gas that sent at least 37 people to hospitals, including seven who were reported to be in critical condition.

Witnesses and victims of the gas spill described being blinded or quickly overwhelmed by the toxic plume.

“You couldn’t see where you were walking,” Eusebio Elizonda said. “You can’t breathe and can’t see. We’re lucky we (didn’t) die.”

Pamela Burnett tried to avoid it, but ended up driving through the plume.

The National Transportation Safety Board sent a team of four to investigate the incident.

The spill began about 4:30 a.m. in the area of Green Bay Road and 29th Street, according to Sgt. Christopher Covelli, a spokesman for the Lake County Sheriff’s Office.

Investigators think a tractor was towing a pair of two-ton tanks containing anhydrous ammonia when they began to leak. Covelli said investigators do not believe the vehicle was involved in a traffic collision.

“Basically, it caused the substance to go airborne,” Covelli said, “which released the plume into the air, which is extremely dangerous.”

That substance can cause “unconsciousness, and at worst case even death,” Covelli said.

According to Covelli, among those injured were emergency personnel responding to the scene.

“Deputies arrived on the scene — our first responding deputies  — (and they) exited their vehicles to try to aid the individuals who were at the scene, including individuals who were lying on the ground,’’ Covelli said. “The deputies were immediately overcome by the fumes that were in the air.  Those deputies had to retreat and get out of the area. Both of them were subsequently transported to a local hospital, treated and released.’’

Covelli said 37 people were transported to hospitals “due to breathing in these toxic fumes. Of those 37, seven in critical condition with what was considered to be life-threatening injuries.’’

One of those listed in critical was the son of Ana Laura Garza, who lives on West Maplewood Road, just 20 yards away from ground zero for the leak near Green Bay Road and 29th Street.

She said her son, Juan Jose Hernandez, 28, was in the intensive care unit at Vista Medical Center East in Waukegan.

“It was so bad,” she said hours after the scene had been cleared. She said that, after the anhydrous ammonia began to leak before dawn, she and her fiancée, Elizonda, 53, could hear their neighbor yelling for help.

“The smoke, it was so thick you couldn’t see, and we could hear our neighbor screaming,” she said.

“We couldn’t see, so I went back inside,” Garza added, saying she gathered her two grandchildren, Isabel, 12, and Miranda, 8, and took them to the basement.

The fire department came quickly and they had to walk down to 29th Street to get into an ambulance. “The smoke was following us,” Garza said.

They were transported to Beach Park Middle School, about a half-mile down the road, where authorities had set up operational headquarters. From there, ambulances took arrivals to various hospitals, with Garza and her grandchildren heading to Northwestern Lake Forest Hospital, while her son went to Vista Medical Center East in Waukegan.

Burnett, 57, said she was driving to her job at a grocery store in Kenosha when she went through the cloud of toxic gas.

Burnett, an unincorporated Warren Township resident, said she was on Green Bay Road when she saw the car ahead of her brake, and she started to slow down. She added that she could see a cloud, but she wasn’t sure if it was smoke or dust from someone peeling out on the shoulder of the road.

“It kept on getting bigger and bigger — this wasn’t going away. I tried to slow down and not go through it,” she said, but it was too late.

Speaking to a group of media assembled near the scene, Burnett said she pulled off the road while “spitting up and coughing” and called 911. She said she saw a man laying on the roadway nearby.

Burnett was transported to Advocate Condell Medical Center in Libertyville.

Covelli said a total of 11 firefighters and three police officers were transported for treatment, including a firefighter/EMT from the Newport Township Fire Protection District who was in critical condition. According to Covelli, most of the victims had “non-life-threatening” conditions, and several dozen others had been evaluated by paramedics but not transported.

U.S. Rep. Brad Schneider said he will also request the U.S. Environmental Protection Agency look into the incident to see if any needed updates to the Clean Air Act and Toxic Substances Control Act are appropriate.

(from the Chicago Tribune)