Working with more than 100 outside carriers and brokers, Walmart is likely to be a shipper of choice for many already. But even one of the U.S. freight industry’s largest customers realized it could do better for drivers.

The Bentonville, Ark.-based company, Walmart. The awards rank shippers on the basis of criteria such as driver friendliness, flexibility, accommodations, efficiency and low detention times.

As Jon Dibee, Walmart’s senior director of inbound transportation, explained, a little over a year earlier the company began to collect the same data about how it’s perceived by its outside carrier network.

Greg Smith, Walmart’s executive vice president of supply chain, met with the company’s carriers at a Retail Industry Leaders Association conference. He asked what their main concerns were and how Walmart can help them do their job better.

The carriers told Smith their main issue, as always, is driver acquisition and retention.

“Our carrier partners asked us to just do what we can to support drivers,” Dibee said. “We recognize this lifestyle is hard. Greg Smith tasked us with making sure we were taking actions that reduced driver friction in our supply chain.”

Smith made being a shipper of choice an urgent agenda item for Walmart. In April 2018, he convened a team culled from Walmart’s logistics and operations departments to meet monthly on how the goal would be achieved.

The first step was a 32-question survey sent out the following month asking carriers and brokers how Walmart ranked on issues of financial and operational terms.

But just over half the questions on the survey related to how Walmart performed as a customer in terms of freight delivered to market, driver experience at distribution centers and cross-docks, dwell times and flexibility in delivery windows. 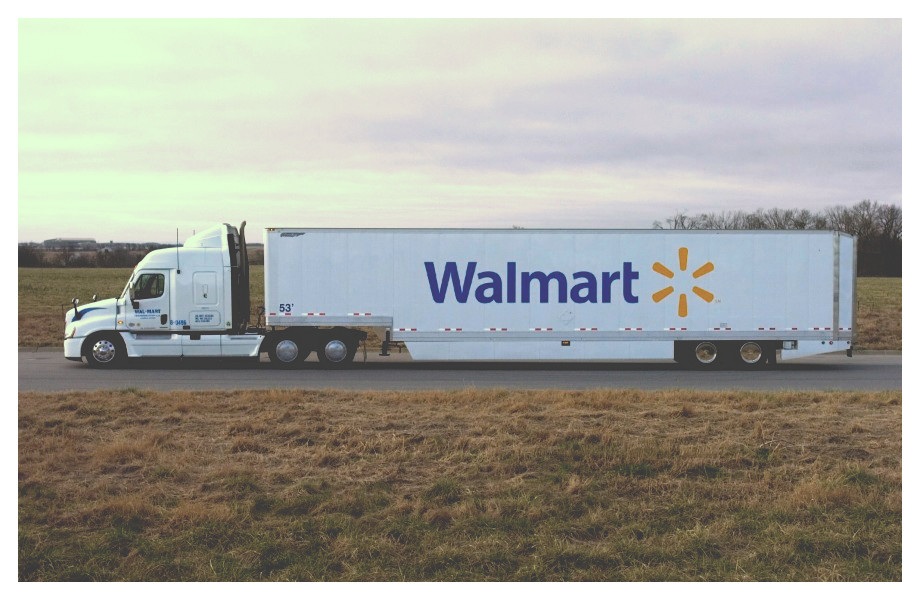 While Walmart ranked high on issues such as treatment of drivers, freight volumes and pricing, the survey showed it could improve flexibility for late drivers and delivery windows, detention invoicing and policies, and timeliness of loading at suppliers’ docks.

In response, Walmart changed policies to better meet the needs of carriers. The window for shipping general merchandise on-time-and-in-full increased from one day to two. It also changed primary tender acceptance rules for low volume lanes, and increased delivery window flexibility at grocery distribution centers. Drivers arriving early were allowed in a yard two hours before an appointment, versus the prior rule of one hour.

“If the driver wants to do something like use the restroom or make a phone call, they can get to the yard earlier and do those things,” Dibee said. “We made sure those windows were wide enough.”

Carriers also pointed to areas of improvement in detention billing processes. One deficiency in that area was carriers and brokers did not always provide all the necessary information to back up claims for detention billing, Dibee said. Walmart’s transportation team made it clearer to vendors about what additional information needs to be added to invoice for driver detention.

“We simplified and streamlined the process for a carrier to be able to file a detention claim,” Dibee said. “But ultimately our goal is to significantly reduce the occurrences of driver detention in our network.”

Dibee also said Walmart increased the “cadence” of freight being offered into the market by lumping together bids. So, bids for delivering project freight for new store equipment fixtures would be lumped together with ongoing merchandise freight to help smooth out the number of bids that were put into the market.

To that end, Walmart built a “visibility dashboard” that benchmarks carrier dwell time at its third-party vendors.

The dashboard, live since September 2018, uses a carrier’s electronic data interchange (EDI) about appointment, arrival and departure time to generate detention data for each facility and each carrier.

Dibee said EDI is “not great information” as it can keyed in manually at times. But aggregating multiple sources about when drivers arrive and depart from a facility can provide a view into trends occurring with shippers.

The visibility dashboard also picks up issues with Walmart’s own network. Deliveries of consolidated produce loads from a grocery cross-dock center in Colton, Calif., were sometimes taking up to three or four hours at Walmart’s receiving distribution centers. This, despite “the only thing the driver being responsible for is maintaining the temperature and ensuring the seal on the trailer,” Dibee said.

The operations team found that each item in the palletized shipment was being inspected while the driver waited. Dibee said new policies were then enacted for handling any rejected items without having to detain the driver.

The steps to becoming a Shipper of Choice make Walmart a more efficient company overall. But Dibee said the motivation was not purely out of competitive needs, but also to address the real issues facing the U.S. trucking industry.

“If all of us could be better stewards of our carrier networks, we would all benefit,” Dibee said.