An Environmental Protection Agency (EPA) pre-rule issued Jan. 6 is the first formal step in an attempt by the agency to establish more stringent heavy-duty diesel truck emission standards for oxides of nitrogen (NOx) and other pollutants. The effort will also seek ways to streamline certification to reduce compliance costs for engine manufacturers. 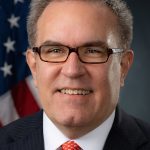 The advance notice of proposed rule-making announced by EPA Administrator Andrew Wheeler is the agency’s call for comments from the public and interested stakeholders on what should or should not be included in a proposed final rule, which EPA intends to release early this year.

How exactly the proposed rule is written may well hinge on those comments –  and the agency may be deluged by them, both pro and con, given the early reaction to Wheeler’s action.

The pre-rule announcement follows the EPA’s announcement in November 2018 that it would pursue a new rule-making, dubbed the Cleaner Trucks Initiative, to update NOx emission standards for heavy-duty vehicles operating on highways.

“The trucking industry touches nearly every part of our economy,” Wheeler said. “A strong and resilient trucking industry is imperative to maintaining a strong and resilient economy. Through this initiative, we will modernize heavy-duty truck engines, improving their efficiency and reducing their emissions, which will lead to a healthier environment.’’

He added that while the U.S. has made major reductions in NOx emissions, “through this initiative we will continue to reduce emissions, while spurring innovative new technologies, ensuring heavy-duty trucks are clean and remain a competitive method of transportation.”

EPA noted that it last revised NOx standards for on-highway heavy-duty trucks and engines in January 2001. But now, pursuant to the requirements of the Clean Air Act, the agency said its proposed rule, once issued,

“will provide manufacturers sufficient time to comply with new standards and ensure that updated standards consider feasible emissions control technologies. Working together with state and industry partners, we can achieve environmental results through the pursuit of commonsense regulations that encourage economic growth.”

A number of stakeholders, including leading lobbies for truck engine makers and trucking interests, praised the proposal as it now stands.

But a top environmental lobby — which along with several public-health advocacy groups (including the American Lung Association) had petitioned EPA to tighten up truck NOx standards — was far less sanguine about the outcome of the pre-rule.

Among the positive reactions (included in an EPA press release on the pre-rule) were those of Truck and Engine Manufacturers Association President Jed Mandel, who stated that the group “looks forward to working with EPA on potential improvements to the heavy-duty, on-highway engine regulations that can reduce the overall costs of compliance, preserve the necessary diversity of the commercial vehicle marketplace, and protect our customers’ need for fuel-efficient, durable and reliable trucks.” 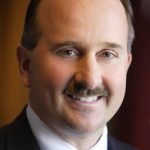 “With the release of the ANPRM, the Cleaner Trucks Initiative moves forward in setting the vision for the heavy-duty diesel engines of the future as high-value assets which help achieve our nation’s future energy and clean air goals while also expanding economic growth,” said Allen Schaeffer, executive director of the Diesel Technology Forum, which advocates for cleaner diesel.

He added that the EPA move “follows support for a new low-NOx standard from truck and engine makers and petitions for rule-making from a number of state and local air agencies.”

“MEMA looks forward to continuing to work with both EPA and CARB (California Air Resources Board) on this important initiative that will achieve additional NOx emissions reductions on the road and encourages implementation of best available technologies,” said Laurie Holmes, senior director of environmental policy at the Motor and Equipment Manufacturers Association. “The initiative will also provide regulatory certainty for motor vehicle suppliers who have made significant investments in these important technologies.”

Both the American Trucking Associations (ATA) and the Owner-Operator Independent Drivers Association (OOIDA) applauded the approach laid out in the pre-rule.

“Since 1985, newly manufactured trucks have reduced NOx emissions by more than 98 percent, but our work is not yet done,” said Bill Sullivan, ATA’s executive vice president of advocacy. “ATA is committed to continuing to work closely with EPA on developing the next generation of low-NOx emitting trucks through the Cleaner Trucks Initiative. To this end, the trucking industry seeks one national, harmonized NOx emissions standard that will result in positive environmental progress while not compromising truck performance and delivery of the nation’s goods.” 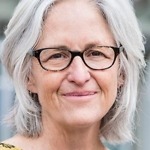 Vickie Patton, general counsel for the Environmental Defense Fund (EDF), said, “Several states have been working on standards to protect millions of people from the oxides of nitrogen pollution that contributes to unhealthy smog and the greenhouse gases that cause climate change.’’

She laid out the impact of NOx pollution, stating that it has been “linked to asthma attacks and other serious and sometimes fatal lung diseases. It is particularly dangerous for children and for anyone living near a highway or busy road, which means it disproportionately harms low income Americans and communities of color that have been afflicted with harmful pollution for far too long.

EDF will be engaged in the new rule-making “to ensure it protects all Americans and is anchored in collaboration with the leading states,” Patton said “Will EPA achieve meaningful reductions in the smog and climate pollution that is putting public health at risk? Will EPA protect the communities most affected because of their location near pollution hot spots by major roads? Will Trump’s EPA work with the numerous states that are already trying to protect millions of people from heavy-duty truck pollution, or will its proposal interfere with the states’ efforts? Will EPA support the development of the zero-emission technologies that will be crucial for making lasting progress toward protecting human health and the environment?”

Turning the pre-rule into a proposed rule and ultimately a final rule will likely entail fierce lobbying by some states and public-health and environmental advocacy groups to thwart the federal agency from promulgating new NOx restrictions that while tighter than current limits, will not be as strict as those that certain states, especially California, are seeking.