The waiver, which went into effect June 5 and ends on Sept. 30, extends the period under which drivers qualify for the pre-employment testing exception under 49 CFR 382.301 (b) from 30 days to 90 days. This will allow employers to forgo pre-employment testing for drivers who have participated in a controlled substances testing program within 90 days before hiring. 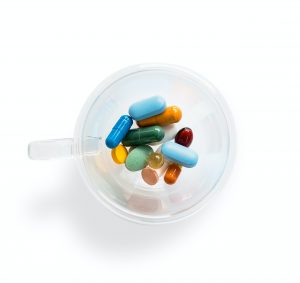 In addition, under the exception, the employer would be required to ensure that no prior employer of the driver has records of a violation of 49 CFR part 382 or the controlled substances use rule of another DOT agency within the previous six months.

The stay-at-home orders implemented to slow the spread of COVID-19 slashed demand for motor carrier services, causing many employers to impose layoffs, furloughs or otherwise temporarily removed employees from performing safety-sensitive functions, resulting in their removal from the random pool for controlled substances and alcohol testing for a period greater than 30 days.

As employers begin calling these drivers back to work, they will incur the cost of conducting pre-employment controlled substances testing before using these drivers to perform safety-sensitive functions, as required by 49 CFR 382.301. The administrative and cost burdens of pre-employment testing for furloughed drivers outside the random testing pool for more than 30 days falls on motor carrier employers at the very time they are attempting to return to expanded levels of operation.

“As employers begin to recall drivers who were furloughed, laid off or otherwise not working for the company for more than 30 days, the cost and logistical barriers of testing a large influx of drivers in a short time-frame are significant, at a time when the commercial trucking and motor coach industry is facing unprecedented economic challenges,” the agency said.

Exception In Response To

The exemption is in response to the May 19 White House Executive Order instructing the heads of all government to use the emergency authority the president has invoked in response to the COVID-19 outbreak to support the economic response as well. That order set forth “the policy of the United States to combat the economic consequences of COVID-19 with the same vigor and resourcefulness with which the fight against COVID-19 itself has been waged.”

FMCSA notes in its exception document that “allowing employers to forgo pre-employment testing for drivers who were in a testing program within the previous 90 days will provide relief from the administrative burdens and costs associated with administering tests and allow them to return drivers to the workforce in a more efficient manner, thus promoting job creation and economic growth.”

Contents hide
I No Prior Violations
I.I Exception In Response To