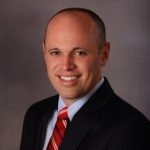 Kevin Jackson chairman of the board of directors, NTTC. Kevin Jackson is president and chief executive of Liquid Cargo Inc.

Officers of National Tank Truck Carriers (NTTC) recently elected Kevin Jackson as chairman of the board of directors. Kevin Jackson is president and chief executive of Liquid Cargo Inc., based in West Palm Beach, Fla.

“It is an honor to have so many accomplished leaders in the tank-truck industry elect me as chairman of the board,” Jackson said. “I look forward to working with the board, my fellow members, and the great staff of NTTC as we carve out a new way forward during this unique time in history.’’

Jackson is a fourth generation trucker. His company was founded in 1910 by his great-grandfather Chester Jackson. Today, Liquid Cargo specializes in transporting ISO tank containers and acids, corrosives, cleaning compounds, industrial oil chemicals, and other hazardous and non-hazardous products in its fleet of tank trailers.

Jackson and his fellow directors also elected and approved candidates for the executive committee and board of directors. Among those elected to top positions were John Whittington of Grammer Industries, elected as executive committee chairman; Rob Sandin of Florida Rock and Tank, elected first vice chairman; and Randy Clifford of Ventura Transfer Corp., also elected vice chairman.