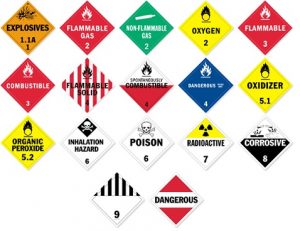 Several homes were evacuated earlier this year after a semi-truck tanker overturned near Williamsburg, Ky.,and leaked 5,000 gallons of highly flammable butyl acrylate onto the railroad tracks below. Several agencies responded to the incident, including a hazardous materials (hazmat) crew to clean up the strong-smelling irritant.

While officials reported the risks of the chemical spill spreading beyond the site were low, they expressed concerns that the spilled substance could cause an explosion or respiratory issues for nearby residents. The roadway was closed to traffic for several hours as the tanker and chemical spill were cleared.

The truck driver reportedly told investigators his GPS misrouted him to the bridge and the tanker overturned as he attempted to turn it around. Fortunately, he escaped injury and no other injuries were reported. Evacuees were allowed to return to their homes that afternoon and the road was reopened to traffic that evening.

John McGlynn, director of transportation at Burns and Wilcox in Toronto, Canada, said clean-up costs alone in the Kentucky bridge incident could be considerable if replacement of the railroad tracks or remediation for the soil were necessary, which could disrupt business operations for companies shipping their goods along that route and impact supply chains. Burns and Wilcox is one of North America’s leading insurance brokers.

John Woods,  a vice president at the company, recommends a three-pronged strategy to protect against risk: utilize advanced technology, identify and implement best practices, and consult experienced and knowledgeable insurance brokers and agents.

“I think for the long-term benefit of an organization and the long-term safety of the public, investing in that kind of technology is vital,” he said.

A troubling current trend is trucking operators reducing their liability coverage to cut costs, McGlynn said. Pervasive litigation across the transportation industry has driven up risks and legal costs and, consequently, some insurance premiums, he said.

“Five to seven years ago, a small fraction of bodily injury cases would have gone to trial,” McGlynn said. “Now, more cases are going to trial with more advanced negotiations.”

The sharp increase in the number of claims going to trial has led to skyrocketing numbers of so-called “nuclear verdicts,” which Woods defined as jury awards of more than $10 million to a plaintiff in a bodily injury case.

Coverage under an automotive liability insurance policy helps with payments for claims involving injuries to other motorists or their vehicles, structural damage to a nearby building caused by debris, and more. According to Woods, automotive liability is the biggest risk facing trucking operations.

Companies hauling goods are often required to carry cargo insurance, which generally assists with payments for damages or destruction of any items in tow. A Truckers General Liability policy is often needed to cover costs such as accidents that occur in parking lots, mishaps while loading or unloading and theft and vandalism.

An Environmental and Pollution Liability Insurance policy is often added to help shoulder cleanup costs when accidents involve spilling any substance determined to be a pollutant.

Being underinsured could have serious financial consequences on a trucking operation, McGlynn said. “If an operation were is under-insured, it conceivably can be forced into bankruptcy because it lacks sufficient limits in insurance to satisfy a legal judgment or other demand for payment following an accident,” he said.

Last October a large section of Highway 32 in western Alberta was shut down after a collision between a truck and another vehicle resulted in the spill of petroleum distillates, a flammable liquid that can cause headaches, dizziness and nausea. No injuries were reported, but because of the hazardous nature of the spill the highway remained closed for hours.

The environmental and health risks posed by hazardous material spills are well known; however, spills involving cargo not considered hazardous regularly pollute the natural environment and can even pose a threat to animals and humans living near affected sites.

On Feb. 7, a semi tractor-trailer carrying 42,000 pounds of pig parts flipped over on Highway 59 in Rosenburg, Texas, creating a massive health and environmental hazard and snarling traffic. That same day, two separate transport truck accidents – one spilling up to 1,000 gallons of molasses and the other spilling a dump truck load of gravel and dust – occurred hours apart on the same stretch of Highway 101 in Santa Rosa, Calif.

In 2017, more than 15.7 millions tons of freight were shipped inter- and intrastate in the U.S., according to the U.S. Federal Motor Carrier Safety Administration (FMCSA); nearly 70 percent of that was shipped by truck.

Mitigating environmental exposures underscores the need for a thorough consultation with insurance brokers and agents familiar with those risks.

“It is absolutely critical to consult an expert and obtain appropriate coverage for environmental damage,” Woods said, adding that “a standard automobile liability policy would not cover those types of claims.”

Cargo insurance policies typically have limits that cover some, but not all clean-up or site remediation costs, he noted.

Strategies to maximize safety as well as profits

Woods pointed out that while investing in advanced technology is important for trucking carriers, it is not a magic bullet. Emphasizing training and teaching best practices, he said, can help drivers avoid avoidable situations like the one that occurred in Kentucky.

He argued that it is essential for both large and small transportation carriers to be proactive in identifying their risks based on their operations. Additionally, he said, they would be well served to implement emerging risk mitigation strategies, which would involve consultation with experienced risk management professionals, experienced insurance brokers and agents and industry associations.