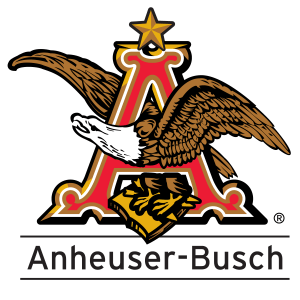 Ever since Anheuser-Busch launched a new sustainability initiative two years ago, the brewing company has pursued a decidedly fuel-agnostic approach to reducing greenhouse gas emissions in its transportation and logistics division. 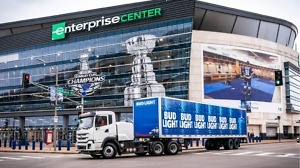 Now comes news that the brewer is transitioning more than 180 trucks — about 30 percent of its dedicated fleet –  to renewable natural gas (RNG), also known as biomethane.

The move comes five years after Anheuser-Busch converted 160 diesel-fueled trucks in Houston, Texas, and St. Louis, Mo., to fleets powered by compressed natural gas (CNG) engines. The brewer will expand those fleets while investing in new technology to transition to cleaner-burning RNG.

“We are incredibly fortunate to work hand in hand with our suppliers to identify new solutions, like RNG, to improve the sustainability of our fleet and reduce carbon emissions across our entire value chain,” said Ingrid De Ryck, vice president of procurement and sustainability at Anheuser-Busch, in a statement on Wednesday.

The beer conglomerate’s new vehicles come as RNG is at once gaining traction among fleets as a clean “drop-in” fuel (fully interchangeable with diesel and CNG) and getting second-tier treatment by clean truck regulators — so natural gas advocates assert.

According to a report released last month, between 2015 and 2018, natural gas vehicle fleet consumption of RNG in the U.S. increased by 475 percent.

Yet natural gas advocates are up in arms about regulatory trends that appear to favor electric vehicles over RNG.

California, for example, recently passed a zero-emissions sales standard that will require truck manufacturers to sell an increasing percentage of zero-emissions vehicles, with a goal of eventually phasing out diesel models. But natural gas trucks, including those powered by RNG, do not qualify under that regulation.

Anheuser-Busch declined to comment on California’s electric truck rule. The brewer confirmed its long term goal is to transition to zero-emission vehicles where possible, and to use low-emission fuel options like RNG everywhere else. 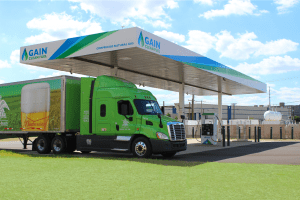 The Houston and St. Louis fleets are expected to travel more than 8.5 million miles each year. The RNG will be provided by American Natural Gas and U.S. Gain, and the brewer expects the vehicles will reduce its emissions by more than 70 percent compared to conventional diesel.

The brewer has set a goal of reducing carbon emissions across the company by 25 percent by 2025.