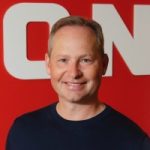 “Shortly after meeting Mark, it was clear that he would fit with the culture, which is hugely important to me,’’ said Dan Lewis, Convoy’s co-founder and chief executive. “Regardless of industry, Mark brings deep expertise scaling large digital marketplaces and transforming traditionally brokered industries.”

Okerstrom spent just more than 13 years at Expedia Group. He also served three years as chairman of the board for Trivago, an Expedia Group company, and has a financial and law background with Bain & Company, UBS Investment Bank and the global law firm Freshfield Bruckhaus Deringer in London. He earned an MBA from Harvard Business School and a juris doctor from the University of British Columbia.

Okerstrom said there are some similarities between Convoy and Expedia.

“There are definitely parallels between what Convoy started in the trucking industry over five years ago and what Expedia Group brands started in the travel industry 25 years ago,” he said. “Though they are different in many respects, at their core both Convoy and Expedia are technology-enabled marketplaces.”

“However, to truly tap into that potential, it was hugely important that the people, processes and technology of the organization were all geared toward being able to innovate at a high velocity through experimentation — or ‘testing and learning,’ as we liked to call it,” he said.

This year Convoy has introduced a number of tech-enabled features and benefits, company officials said.

“Dan has surrounded himself with diverse board members, investors, advisers and executive team members that are truly second to none,” Okerstrom said. “In addition to all of that, this is the opportunity to work on something that is essential to the lives of everyone in the country. This industry directly impacts hundreds of thousands of businesses and millions of truck drivers. What Convoy is doing can make both the industry and the environment better off by reducing inefficiencies. That’s exciting.”