Cynergy Cargo, a manufacturer of enclosed cargo trailers, held a ribbon cutting ceremony in September for its new facility in the Crossett (Arkansas) Industrial Park.

“We appreciate the way that the state and the Crossett community have welcomed us and shown us outstanding support throughout this process,” Cynergy Cargo owner Vigler Mazariegos said. “Today marks the beginning of our operations in Crossett, and we are excited to celebrate the occasion with the final assembly of the first trailer manufactured here.” 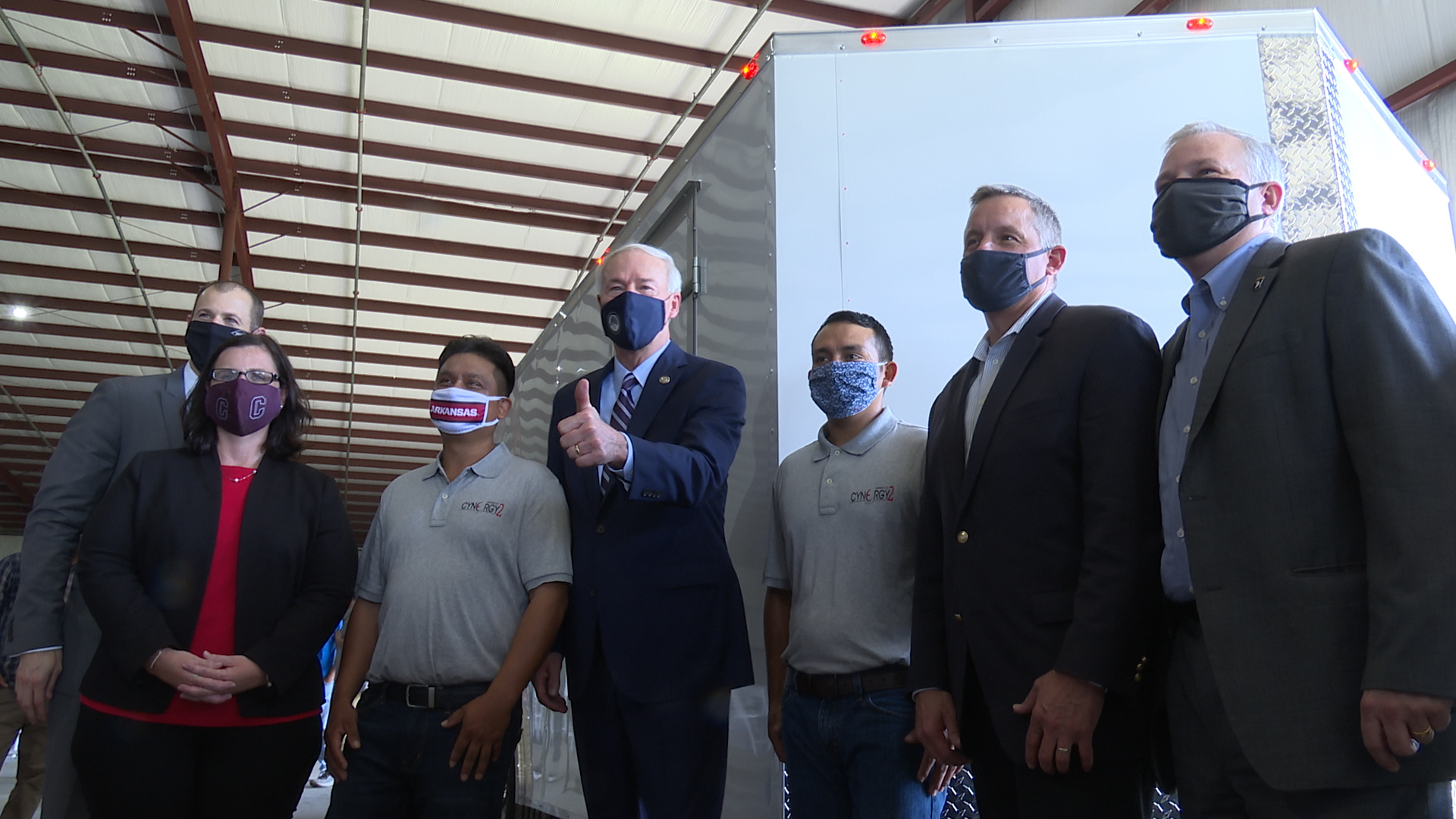 During the event, Arkansas Gov. Asa Hutchinson secured the final screw for the facility’s first trailer.

“Cynergy Cargo 2 was the first company to announce a presence in Arkansas after the pandemic hit,” Hutchinson said. “We are grateful for the company’s commitment and pleased that it is now ready to begin this new phase in its history. I’m honored to take part in getting the first trailer off the assembly line.”

In April, the company announced plans to build the facility and hire 70 new, full-time employees within 24 months. Among the newly created jobs are positions for carpenters, welders and electricians.

“The Crossett workforce has always been known for its hard work and dedication.” said Mike Preston, secretary of commerce and executive director of the Arkansas Economic Development Commission (AEDC). “We are thrilled to welcome Cynergy to the Crossett business community and look forward to a long partnership.”

The company also cited support from local leaders among the reasons for selecting Crossett as the location for its new facility.

The company is headquartered in Douglas, Ga., where it runs two lines and employs 60 people. The company chose to expand in Crossett to be closer to its customers.

Cynergy Cargo began manufacturing enclosed cargo trailers in 2012. Since then, the company has sold more than 30,000 trailers throughout the United States and Canada.

“Cynergy Cargo 2 is a family-focused business whose values are a great fit for Crossett and Southeast Arkansas,” Crossett Mayor Crystal Marshall said. “This established company has a history of success that we are thrilled to welcome here in our community. We are excited about the job growth, economic impact, and community focus this company brings to not only Crossett, but Ashley County and Southeast Arkansas. This is a tremendous win for our community.”