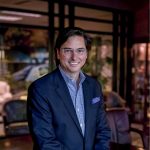 John Roberts, the company’s president and chief executive, said management plans to evaluate this season’s bid cycle before making a final determination. On the company’s fourth-quarter call in January, management acknowledged the intermodal segment had been lagging the long-term goal of 11 percent to 13 percent in recent years and that future expectations were under review.

Roberts believes the key determinants will be the rate increases gained this cycle as well as bid compliance for those rates.

The company’s intermodal division operated at a 91 percent operating ratio, inverse of operating margin, during the fourth quarter and at 90.8 percent for full-year 2020. Management expects to have a better handle on future expectations by the time the cycle ends in the fall.

Currently, Roberts indicated there was “a lot of pent-up demand” in the network, pointing to a large queue of ships sitting off the West Coast awaiting a berth to unload, a process he conceded might take until June to cure. However, he believes the near-term service issues on the railroads will not deter longer-term growth opportunities for the mode. He remains “optimistic” on the macro environment but noted several smaller businesses are feeling a pinch from COVID, which he described as “concerning.”

With headwinds from the pandemic, slow service on the rails and weaker intermodal pricing, J.B. Hunt didn’t add containers to the fleet in 2020 for the first time in Roberts’ recent memory. The company plans to add 6,000 units to its nearly 100,000-box fleet this year. Demand, box turns and rate are still the primary ingredients that dictate whether to add equipment. 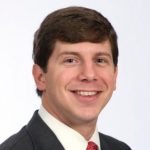 Brad Delco, J.B. Hunt’s vice president  of investor relations, also had an interesting take on the future of intermodal. He believes the historical price discount for intermodal when compared to truck may erode over time as companies continue to purchase carbon offsets. He noted that trucking’s higher carbon output, plus the cost of the offset, should allow intermodal rates to rise and close the gap.

He said he also believes that environmental, social and corporate governance initiatives will drive demand higher for the more environmentally friendly mode. Overall, the company’s goal for intermodal is to maintain market share as the addressable market expands, he said.