A report released in late April notes that the commission’s role is to conduct oversight of the implementation of parts of the CARES Act by the U.S. Treasury and the Federal Reserve.

Subtitle A provided $500 billion to the Treasury for lending and other investments “to provide liquidity to eligible businesses, states, and municipalities related to losses incurred as a result of coronavirus,” according to the report; $17 billion was available for businesses “critical to maintaining national security.” 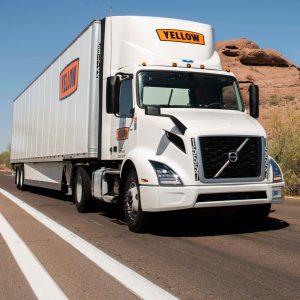 Congress questioning Yellow Corp loan – This was the 12th report from the commission, and it’s not the first one to question the Yellow loan.

This was the 12th report from the commission, and it’s not the first one to question the Yellow loan. The seventh report focused on it, with the commission expressing concerns regarding the Treasury’s process for certifying Yellow as “critical to maintaining national security” and questioning whether Yellow’s precarious financial position at the time of the loan exposed taxpayers to a significant risk of loss.

This latest document reports on the subsequent communications between the commission, Treasury, and Defense Department (DOD). Among the questions those correspondence raises, the commission says, is who determined that the less-than-truckload carrier (LTL) was critical to national security?

TRANSCOM (U.S. Transportation Command) did not ask the military’s main logistics contractor, Crowley Logistics, the commission said. In fact, TRANSCOM told the commission that the loss of YRC could be readily absorbed by the LTL market, based on an analysis provided by Crowley.

The commission also said it has been unable to substantiate the assertion Treasury and DOD made indicating that Yellow provides 68 percent of LTL services to DOD.

“The commission believes that part of the reason for these unsubstantiated numbers, or inconsistencies, is due to the complexity associated with the seven-layer chain of command at DOD implemented to designate a company as critical to national security… With so many layers, information is bound to get lost in translation.”

Lastly, the commission called attention to Yellow’s increased lobbying efforts in 2020. Yellow spent $570,000 on lobbying efforts in 2020, compared to zero in 2019, $80,000 in 2018 and $75,000 in 2017. The Commission pointed out the correlation between the lobbying and Yellow’s ability to secure a $700 million loan. The Treasury confirmed that several senators and members of Congress sent letters to Treasury urging them to underwrite Yellow’s loans, according to the report.

It also pointed out that this was not the first time the company had lobbied the government to help it out of a tight financial spot. In 2009 during the financial crisis, Yellow also was on the verge of bankruptcy and had planned on applying for a $1 billion federal government bailout before entering into a debt swap arrangement with a group of banks. Yellow’s lobbying efforts, in conjunction with intensive political contacts by organized labor, totaled $800,000 for that year.

The Northwest Arkansas Democrat Gazette dug into the report in a May 1 article, “Trucking firm’s loan of $700M from U.S. a ‘mistake,’ Hill says.’’ 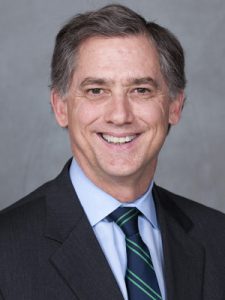 Congress questioning Yellow Corp loan – U.S. Rep. French Hill, R-Ark, who is on the three-person commission, told that the company didn’t appear to qualify for the narrowly tailored program.

U.S. Rep. French Hill, R-Ark., who is on the three-person commission, told the Democrat-Gazette that the company didn’t appear to qualify for the narrowly tailored program.

“The $700 million taxpayer backed loan Treasury made to Yellow, formerly YRC, was a mistake,” Hill said in a written statement, according to the paper. “Based on the oversight work conducted by the commission, there is no evidence to support Yellow being critical to national security which means these loans should never have been executed.”

A spokeswoman for Yellow, Heather Nauert, said in a written statement reported by the paper: “Our agreement with the U.S. Department of the Treasury was mutually beneficial. The department invested in the future of the company and our 30,000 employees with the belief that it would pay off. Today, taxpayers are beneficiaries of this investment.”

The federal government ended up with about a 30-percent stake in the company.

She also told the paper that transporting goods for the federal government is highly complex and not all carriers can or want to do it.

“We provide a highly specialized service that enables our equipment to access Department of Defense facilities. This requires drivers to have specific credentials and training. In addition, our more than 300 terminals across the United States enable Yellow to quickly and efficiently access Department of Defense distribution hubs and bases. We are proud to continue to be critical to the national security of this great nation.”