Waco, Texas-based Central Freight Lines (CFL) notified drivers, employees and customers in mid December that it would be shutting down after 96 years.

A source close to CFL said the company had “too much debt and too many unpaid bills” to continue operating, despite exploring all available options to keep its doors open.

“Years of operating losses and struggles for many years sapped our liquidity and we had no other place to go at this point,” Kalem said. “Nobody is going to make money on this closing, nobody.”

CFL stopped picking up new shipments in Nov and deliver substantially all freight in its system by Dec. 20, according to a company statement.

Central Freight closing after 96 years – CFL stopped picking up new shipments in Nov and deliver substantially all freight in its system by Dec.

A source familiar with the company said he is unsure whether CFL will file Chapter 7 or “liquidate outside of bankruptcy,” but that the LTL carrier has no plans to reorganize.

The company reshuffled its executive team nearly a year ago in an effort to stay afloat, including adding the company’s owner, Jerry Moyes, as CFL’s interim president and chief executive officer. Moyes remained chief executive after Kalem was elevated to president in July.

“I think it was surprising that there wasn’t a buyer for the entire company, but buyers were interested in certain pieces but not the whole thing,” the source, who didn’t want to be identified, said. “Part of it could have been that just the network was so expansive that there was too much overlap with some of the buyers that they didn’t need locations or employees in the places where they already had strong operations.”

Third-party logistics provider GlobalTranz notified its customers that it had removed CFL as “a blanket and CSP carrier option immediately, to prevent any new bookings,” multiple sources said.

CFL, which has more than 2,100 employees, including 1,325 drivers, and 1,600 power units, is in discussions with “key customers and vendors and expects sufficient liquidity to complete deliveries over the next week in an orderly manner,” a CFL spokesperson said. About 820 employees are based at the company headquarters in Waco.

Despite diligent efforts, CFL “was unable to gain commitments to fund ongoing operations, find a buyer of the entire business or fund a Chapter 11 reorganization,” another source familiar with the company said.

Kalem said the company had 65 terminals prior to its decision to shutter operations.

Major carrier Central Freight closing after 96 years – Despite diligent efforts, CFL “was unable to gain commitments to fund ongoing operations, find a buyer of the entire business or fund a Chapter 11 reorganization,”…

FreightWaves, which first reported the story, received a tip from a source nearly a month ago that CFL wasn’t renewing its East Coast terminal leases but was unable to confirm the information with CFL executives.

Another source told FreightWaves that some of the LTL carrier’s West Coast terminals had been sold recently, but that no reason was given for the transactions.

At that time, Kalem said the company was “working to find alternatives” and couldn’t speak because of non-disclosure agreements. He said executives at CFL, including Moyes, were trying to do everything to “save the company.”

“Jerry [Moyes] pumped a lot of money into the company, but it just wasn’t enough,” Kalem said.

Kalem said he’s aware that a large carrier is interested in hiring many of CFL’s drivers but isn’t able to name names at this point.

“Central Freight is in negotiations to sell a substantial portion of its equipment,” the company said in a statement. “Additionally, Central Freight is coordinating with other regional LTL carriers to afford its employees opportunities to apply for other LTL jobs in their area.”

In mid December Kalem said fuel cards were working and drivers would be paid for freight they had hauled for the LTL carrier until all freight was delivered by the Dec. 20 target date.

“I’m going to work feverishly with the time I have left to get these good people jobs — I owe it to them,” Kalem said in Nov. “We are going to pay our drivers, that’s why we had to close it like we’re doing now. We are going to deliver all of the freight that’s in our system by next week and we believe we can do that.” 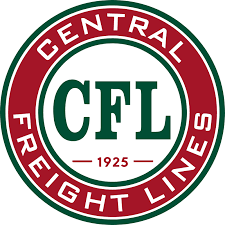 During the outset of the pandemic, Central Freight Lines was one of four trucking-related companies that received the maximum award of $10 million through the U.S. Small Business Administration Paycheck Protection Program (PPP). This occurred around the time that CFL drivers and employees were forced to take pay cuts, a move that didn’t go down well with drivers.

“It all went to payroll,” Kalem said about the PPP funds. “Yes, our employees and drivers did take a pay cut over the past few years, and we gave most of it back, even raised pay over the past several months but it just wasn’t enough to attract drivers.”