Inflationary pressures for heavy-duty equipment manufacturers and suppliers are everywhere – with suppliers passing down cost increases to their fleet and dealer customers.

Feeling the pinch of inflation, equipment supplier prices are up 11% from March to an average of 17% compared to 2021, according to data from the Heavy Duty Manufacturers Association (HDMA). 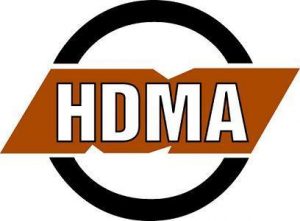 Feeling the pinch of inflation, equipment supplier prices are up 11% from March to an average of 17% compared to 2021, according to data from the Heavy Duty Manufacturers Association.

As the supply chain continues to stabilize, however, heavy-duty suppliers are becoming more optimistic, said Richard Anderson, HDMA’s senior director of market research and analysis, during a recent HDMA Pulse webinar with MacKay and Co.

“The projected output on the ability for suppliers to meet demand both in the original equipment (OE) and aftermarket space has not really moved, but one of the components to that calculation we make is staffing levels, and for the first time in two years, we have found that all staffing levels are at 90% or higher across all departments,” Anderson said. “That’s very good news, and hopefully that’s indication of some relief on the labor market, but we know that is not universally true at this point.”

Though the commercial vehicle industry is moving upward, according to the HDMA’s 12-month outlook, suppliers surveyed by HDMA said labor availability and costs, fuel costs and the impact of inflation on consumer spending pose moderate risks to overall fleet health.

Inflation is the highest it has been in more than 40 years. The Consumer Price Index increased 8.5% for the year ended in March, following a rise of 7.9% from February 2021 to February, according to the Bureau of Labor Statistics. The 8.5% increase in March was the largest 12-month advance since December 1981.

Another risk adding to all the volatility, Anderson pointed out, is Russia’s ongoing war in Ukraine and its potential to spread into additional countries.

“This is having a much larger economic impact than people are realizing,” he said. “The waves of how this impacts us comes over time, and they will not be decreasing. The longer this drags on, the more difficult it will be to control the global shipping situation. That is one of the conflicts we need to keep an eye on.” 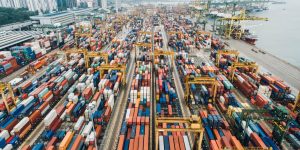 Analysts also are keeping their eyes on possible port closures and intermodal delays that could have a massive impact on the commercial vehicle and freight movement sectors.

Analysts also are keeping their eyes on possible port closures and intermodal delays that could have a massive impact on the commercial vehicle and freight movement sectors.

“The international side is still an area of concern,” Anderson said. “We could see raw materials being stranded in ports again, we could see large-scale intermodal delays, lack of containers – all these things are not very far away. The fragility of that system continues to be an issue and one we will continue to monitor.” 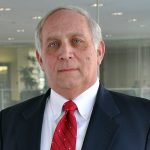 Robert Dieli, MacKay & Co. Economist, suggested that the biggest risk fleets face in the short-term is the physical movement of goods across the global supply chain.

Robert Dieli, MacKay & Co. economist, suggested that the biggest risk fleets face in the short-term is the physical movement of goods across the global supply chain.

“What I am concerned about is the news out of China with the shutdown of Shanghai, which is one of the busiest ports in the world,” Dieli said. “This is going to have a cascade effect around the world. This is going to be very hard to predict because it involves both a political aspect on the part of the Chinese government, as well as some medical issues.”

The other thing to keep in mind, Dieli noted, is the recession of 2020 was unique and the rebound from the event was accompanied by structural changes in all aspects of the supply chain.

“Things today are not behaving the way they used to,” he said, noting that the movement of goods continues to be impaired by capacity issues and is unlikely to be resolved before the end of 2023.