The introduction of clean diesel truck engines over the past five years has yielded significant emission reductions and substantial fuel savings, according to new research commissioned by the Diesel Technology Forum (DTF).

Today about 30 percent of trucks in the nation’s trucking fleet are equipped with advanced emissions control systems, according to DTF. 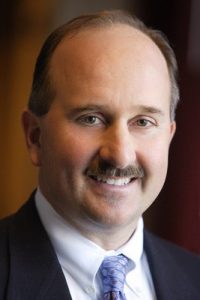 Because diesel overwhelmingly dominates the heavy-duty truck sector and is also the number one power source for medium-duty vehicles, the transition to newer generations of clean diesel technology is significant, Schaeffer said.

“The 30 percent national average is up from just 25.7 percent last year,’’ Schaeffer said.

Researchers estimate that significant further benefits would accrue to communities across the country if more of these newer generation clean diesel trucks were placed in service.

If California were to achieve the same new technology penetration as Indiana (51 percent), it can eliminate another 200,000 tons of carbon dioxide and 11,000 tons of fine particles that would bring cleaner air to California communities faster than any other strategies, Schaeffer said.

“Achieving these substantial emissions reductions and efficiency advancements was in part the result of collaboration of the nation’s leading truck and engine manufacturers working with the Department of Energy and 21st Century Truck Partnership’s “Super Truck” program,’’ Schaeffer said. “While the intent of this valuable program is to push the margins of research engineering efficiency, it is clear that demand is leading many of these strategies to be integrated into the commercial truck fleet, contributing to real-world emissions reductions and fuel savings.’’