More than 71,000 tractors and 234,000 trailers across 19 fleets earned a 1 percent increase in fuel economy last year through the adoption of various fuel efficiency technologies as part of the North American Council for Freight Efficiency (NACFE) Annual Fleet Fuel Study, the organization said recently. 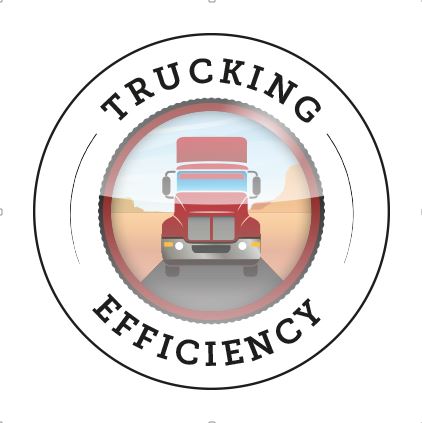 This is the ninth year in a row fleets have increased their fuel economy, according to NACFE.

“We are thrilled to see that fleets are still seeing fuel economy improvements from their investments,’’ said Mike Roeth, executive director at NACFE and operation lead at Trucking Efficiency. “While gains are smaller than in the past, any improvement in fuel economy curbs the fleet’s expenses.’’

NACFE said its study participants combined to reach an average fuel economy of 7.11 miler per gallon (mpg) compared to the U.S. fleet average of 5.89, an edge of 20.7 percent. While 7.11 is an average fuel economy number of all trucks owned by these carriers, NACFE added that 2017 model trucks operated by those fleets achieved 7.8 to 9.2 mpg with some even approaching 10 mpg.

Additionally, the 1-percent fuel economy improvement in 2016 over 2015 was significantly less than 2015’s gain of 3 percent over 2014, NACFE said. This is due to a variety of reasons, including: fleets eliminating some technologies that improved fuel efficiency; low fuel prices resulting in a reduced focus on fuel efficiency; increased speed; older trucks; and hotter weather.

Dave Schaller, NACFE’s program manager, said he doesn’t anticipate this downswing as a precursor to any long-term trend, citing the success of new units in the 2016 study.

“As fleets continue to age out older tractors and bring in newer tractors, we’re not at the top of that fuel economy gain curve,’’ he said.

Regarding the technologies found in the study, NACFE said automated transmissions, tire pressure systems, two-speed fan clutches, low viscosity oil and predictive cruise control all saw increased adoption by fleets last year, with trailer skirt technology having the quickest ramp up to widespread adoption. The total adoption rate for the technologies studied in this report has grown from 17 percent in 2003 to 42 percent in 2016.

Overall, the fleets used a combination of 85 currently available technologies and engaged the resources and guidance of Trucking Efficiency, a joint effort of NACFE and Carbon War Room (CWR), to achieve their fuel economy gains. The fleets provided their purchasing experience for the 85 technologies for tractors and trailers they procured from 2003 to 2016, providing more than 21,000 data points to the NACFE team, council officials said.

That number is an update over 2015, Roeth said, when 69 available technologies were included within the study.

While no fleet is using all 85 technologies, Roeth said the most aggressive technology adopters are using more than half, and that the fleets on the lower end of the adoption spectrum are still receiving significant gains when adding technology.

“If you have 10 to 15 technologies on the truck and you add one, you can still get a pretty big gain,’’ he said.

Since 2012, NACFE has conducted its Annual Fleet Fuel Study to report on innovative fleets that have committed to improving fuel efficiency. Fleets that participate in the study share their implementation experiences as well as best practices for using these technologies.

NACFE said the study provides insights to help other fleets make decisions about adding these fuel efficiency technologies and practices in the future and provides feedback for manufacturers to improve their product’s total cost of ownership.