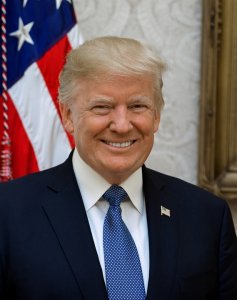 “We are also going to stand up for our dairy farmers in Wisconsin. And I’ve been reading about it, I’ve been talking about it for a long time, and that demands, really, immediately, fair trade, with all of our trading partners. And that includes Canada,” he said.

“Because in Canada, some very unfair things have happened to our dairy farmers and others.’’

He did not specifically identify what he was talking about in his unscripted musings, which came during a Wisconsin speech in which he touted “Buy American” policies that are opposed by Canada. It appeared, though, he was weighing in on an arcane but escalating bilateral dispute over ultra-filtered milk, a high-protein concentrate sometimes used to make cheese and yogurt.

The Canadian dairy lobby and government say Canadian policies are not responsible for the crisis that has beset about 75 family farms in Wisconsin since a local milk-processing company canceled its contracts April 1. But Trump joined the U.S. dairy lobby and a bipartisan group of U.S. lawmakers in attributing the problem to a Canadian reduction in prices that has made American imports less competitive.

His remarks were the latest in a series of signals that suggest Canada will not glide easily through the possible renegotiation of the North American Free Trade Agreement (NAFTA). After declaring in February that the trade relationship is “very outstanding,” his administration has floated a series of complaints.

Not until last month had he called out Canada specifically.

He did not say what he believes the solution is. 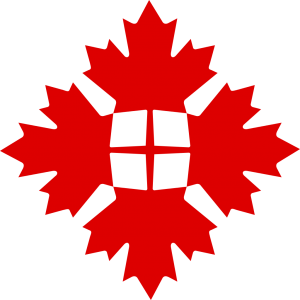 Prime Minister Justin Trudeau’s government did not respond to Trump last month. Instead, Ambassador David MacNaughton said it is important not to “lay blame where it does not belong.”

MacNaughton said Canada “does not accept” the contention that dairy policies in Canada are causing financial hardship in the U.S.

“The facts do not bear this out,’’ he wrote, citing a U.S. government report that says global and U.S. overproduction is the root of the U.S. dairy industry’s struggles.

“As made clear in the report, Canada is not a contributor to the overproduction problem,” MacNaughton said. He argued that Canada’s dairy industry is less protectionist than America’s.

At the beginning of April, Wisconsin’s Grassland Dairy Products informed 75 local farms that it would no longer purchase their milk. Grassland said it made the decision because it had just lost tens of millions of dollars worth of Canadian business as a result of the policy change in Canada.

The Canadian dairy industry, tightly regulated under a system of “supply management,” has long been protected from foreign competition by tariffs on imports. But ultra-filtered milk from the U.S. had been allowed to enter Canada tariff-free, and Canadian processors often preferred to import rather than pay higher prices to buy from Canadians.

A year ago, though, Ontario changed the rules: it allowed local processors to buy ultra-filtered milk and other kinds of skim milk from Canadian farms at world prices rather than the higher Canadian prices. All of a sudden, the need for U.S. imports evaporated.

Canada is now adopting a similar policy across the country, further alarming the U.S. industry already beset by a supply glut. In Wisconsin, some of the family farmers say they will have to sell off their cows if they can’t quickly find another processor.

The Canadian dairy industry says the entire issue has been misconstrued by the Americans. A spokesperson for the Dairy Farmers of Canada told the Washington Post in a front-page article that the Wisconsin farmers were using inaccurate “alternative facts,” a phrase popularized by a Trump aide.

In the Canadian industry’s version, the real culprit for the U.S. woes isn’t Canadian policy but the U.S. supply glut.

“When too much milk is produced, prices crash and there is no incentive to invest in increased processing capacities. The end result is job loss, loss of income for farmers, and in some cases, farmers having to shut down their farms,” a Dairy Farmers of Canada official said.

In in a draft letter to Congress, Trump expressed a preliminary NAFTA wish list in which he hinted that it wants to raise the subject during the upcoming talks.

Trump recently signed an executive order on Tuesday to crack down on exemptions to Buy American policies, which are supposed to require U.S. government projects to buy from American firms. Canadian Finance Minister Bill Morneau was expected to raise objections to the order at a meeting of G20 finance ministers in Washington, The Canadian Press reported.

(This article was first reported by the Toronto Star.)