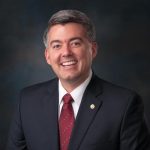 The bill would amend the Internal Revenue Code of 1986 and remove the tax, which is among the highest excise taxes for any industry, Gardner said.

“This burdensome tax creates excessive costs that are passed on to truckers, who play an essential role in maintaining our nation’s economy,” Gardner said. “I was happy to introduce legislation to repeal it.”

The FET was originally introduced in 1917 to help pay for World War 1. At that time, it was 3 percent but has grown to its current 12 percent over time, adding tens of thousands of dollars to the cost of a new truck or trailer.

Gardner’s bill does not have any supporting text at this time, but in a statement, the American Truck Dealers (ATD) said the bill is similar to H.R. 2946, the “Heavy Truck, Tractor and Trailer Retail Federal Excise Tax Repeal Act” introduced by U.S. Rep. Doug LaMalfa (R-CA) in June 2017. The House bill currently has 17 bipartisan co-sponsors. 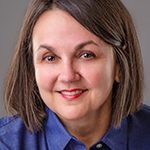 “It is the highest excise tax Congress levies on a percentage basis on any product, including alcohol and tobacco,” said ATD Chairwoman Jodie Teuton, vice president of Kenworth of Louisiana and Hino of Baton Rouge. “It’s time for Congress to repeal this tax, and we thank Sen. Gardner for his leadership on this important issue.”

ATD represents more than 1,800 medium and heavy-duty truck dealerships in the U.S.

In 2016, the bill claimed the “average manufacturer-suggested retail price for heavy trucks is more than $175,921 and the 12-percent federal retail excise tax routinely adds between $12,000 and $22,000 to the cost of a heavy truck, tractor, or trailer.”

The House bill was referred to the House Ways and Means Committee, but it has seen no action as of yet.

(this story was reported in FreightWaves)