Crude oil products will continue to dominate global energy demand for transportation through 2040 despite surprisingly strong growth in electric vehicle sales, BP PLC said in its 2018 Energy Outlook. Oil and gas will still play a major role under each of the forecast’s scenarios, BP Chief Economist Spencer Dale said earlier this year at the Center for Strategic & International Studies in Washington, D.C. 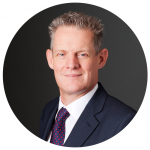 “Strong growth in tight oil and natural gas production will make the US the world’s leading oil and gas producer by 2040. But it also will remain the leading oil and gas consumer,” Dale said. “We expect total global energy demand to grow by about a third between now and 2040.’’ The report emphasizes an “evolving transitions’’ (ET) scenario, which suggests what might happen if there are not any substantive disruptions of current trends, he said.

Under the ET scenario, crude accounts for 85 percent of total transport fuel demand in 2040, down from 94 percent currently. Natural gas, electricity and other fuels are each projected to account for 5 percent of transportation fuel’s total, the report says.

Gas’s growth could be concentrated in the use of LNG in long-distance road haulage and marine transportation, according to the report.

“All of the growth in transport fuel demand comes from developing economies, with China and India accounting for over half of the increase,” the report says.

Non-combusted use of fuels as feed-stocks for petrochemicals, lubricants and bitumen will become an increasingly important component of overall industrial demand for oil after 2030, reflecting more limited potential efficiency gains relative to transportation, it noted.

“In the ET scenario, non-combusted use of fuels grows at almost twice the rate of other industrial uses, with its share overall industrial demand increasing to nearly 20 percent by 2040,’’ the report states. Oil will account for nearly two thirds of this growth, with gas providing much of the remainder, it said. 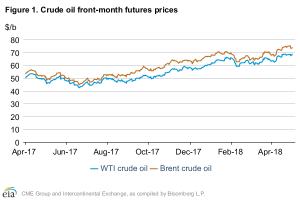 “Think plateau, not peak, when considering future oil demand,” Dale suggested. “It still will be needed, but demand won’t grow as quickly. That means the world will have to continue investing in development and production.”

U.S. producers and members of the Organization of Petroleum Exporting Countries will satisfy most of the additional demand, assisted by Russia and Brazil, according to the outlook.

“The world will need continuing investments in oil, but it will be increasingly competitive,’’ Dale said. “Consequently, the emphasis will be on investing in lower-cost basins, although higher-cost areas will continue to work if there’s already significant infrastructure available.”

The BP forecast’s renewable energy sources do not include nuclear or hydropower, he said. Consequently, wind, solar and other alternatives are expected to meet practically all the demand from electric vehicles, Dale said.

“BP, like nearly everyone else, has been surprised by how fast renewable energy has grown in the last 10 years,” he said. “Part of this has come from government support, but much has come from consumers. Under the ET scenario, we assume that will encourage governments to begin phasing out their renewable energy support programs starting in the 2030s.”