Calling the plan to implement a 35-percent truck only toll increase in Indiana “ill-advised, burdensome and discriminatory,” Todd Spencer, president of the Owner-Operator Independent Drivers Association, asked Indiana Gov. Eric Holcomb to pump the brakes on the plan. 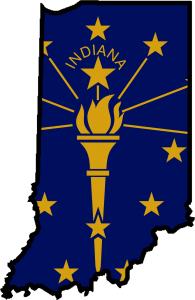 In early September, Holcomb announced his infrastructure plan for 2019 called the ‘’Next Level Connections” program. In order to pay for the program, the Indiana Finance Authority will amend its agreement with the Indiana Toll Road Concession Co. to allow the company to increase tolls on heavy vehicles by 35 percent.

Tolls increase on Class 3 and above

Only Class 3 and above vehicles will be affected by the toll increase. Tolls for the entire 157-mile trip along Interstate-90 for a Class 5 truck will increase from $44.46 to $60.02. Annual increases will continue as planned in the original agreement. The Indiana Finance Authority was scheduled to consider the amendment in October.

Before the Indiana Finance Committee had even met on Sept. 20 or approved the change, the Indiana Toll Road had already posted the increased tolls to its website, announcing them effective Oct. 5.

In a letter dated Sept. 19 to Holcomb, Spencer took aim at the plan and detailed a number of problems that are likely to arise if the truck-only toll plan proceeds.

Because Indiana already has the fifth-highest fuel tax rate on diesel in the country, Spencer detailed the financial burden the increased tolls would have, especially on small-business motor carriers. That burden creates a cascading effect of unintended consequences, the letter goes on to point out.

“Enacting this significant truck-only toll increase on the ITR will inevitably discourage or inhibit truckers from travelling through Indiana,” Spencer wrote. “We suspect those highways are less capable of handling truck traffic that would otherwise use the toll road. Truckers make the decision to use alternative routes not based on an attempt to maximize their profits; rather it’s an exercise in survival.”

That effort to protect razor thin profit margins also takes a toll on the communities adjacent to toll roads, Spencer pointed out.

“In other locations in the U.S. where toll rates have increased, traffic congestion routinely increases significantly on alternative routes. Adjacent communities will be disrupted and the safety of those traveling on these roads could be reduced because of the elevating traffic volumes,’’ he wrote.

Spencer speculated in the letter that this is not new information to Holcomb.

“It’s our opinion that you are aware of these issues, yet still made the decision to forge ahead and negotiate this ill-advised plan in a manner that appears to be intended to circumvent public scrutiny,” he wrote. “It is also our understanding that your time-frame to finalize your plan is this Thursday (Sept. 20), providing the public and interested stakeholders with no opportunity to review the details of the agreement.’’

Finally, Spencer challenged a number of comments recently made by Holcomb defending the proposal, especially one aimed at why Holcomb believes the increase is justified.

“Despite your absurd and unsubstantiated claim that trucks do ‘10,000 times’ more damage to roads and your suggestion that truckers are ‘lucky’ they aren’t being charged 10,000 times more than cars, we would remind to you that truckers already pay more than their fair share in state and federal taxes. As much as the government likes to treat them as such, they are not rolling piggy banks,” Spencer wrote.

The letter concludes with Spencer calling for the plan to be reconsidered and for the public to be given ample opportunity to review and analyze the proposal and make sure “the public understands how your proposal will impact them for the next 63 years.”

(This article was first reported by Land Line magazine.)