The recent geographical developments in the liquified natural gas (LNG) industry are occurring at a time of consolidation. The $53 billion combination of Royal Dutch Shell and BG Group has created the world’s largest LNG player. More recently, in July 2018, Total completed a $1.5 billion deal to acquire Engie’s upstream LNG business to become the second largest player in the global LNG market.

Furer consolidation is expected as the LNG industry seeks to reduce costs and streamline operations to ensure that LNG remains attractive to the world’s major energy markets. The current consolidation, and in particular the reduced number of players operating in the LNG market, will in turn shape the future of the global LNG industry over the coming years.

In welcome news for the industry, after on-going debate surrounding the appropriate regulatory regime for approving LNG exports and export terminals, recent actions by the Federal Energy Regulatory Commission (FERC) and U.S. Department of Energy (DOE) appear to signal a commitment to streamlining and expediting the regulatory process and favoring a more market-based approach. 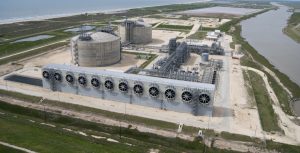 On researching, the DOE found that higher market demand for LNG exports results in higher U.S. economic output, so for the first time did not set an upper limit for LNG exports. It also issued a policy statement, reassuring market participants that, although the DOE has the right to rescind, modify or revoke non-free trade agreement export authorizations, it “does not foresee a scenario where it would rescind” such authorizations.

Running alongside this, legislation has been approved to expedite the grant of non-FTA authorizations to export natural gas up to 51.75 billion cubic feet per year (for applications not requiring an environmental impact statement or assessment). FERC issued environmental schedules for 12 proposed LNG export terminals that shortened some environmental schedules currently under review by nine to 12 months. It also hired additional LNG staff and outside contractors to assist with construction inspections and analysis.

The number of second wave U.S. LNG export projects competing to enter into LNG sale and purchase agreements (or otherwise ensure committed off-take arrangements) is significant. Five projects, totaling about 58 million tons per year, have FERC approvals, but have not commenced construction and 13 projects, totaling about 184 million tons per year, have applications pending at the FERC. With consolidation occurring in the LNG industry and changing market dynamics, pressure to secure buyers remains, and it will be interesting to see how sponsors of second wave liquefaction projects seek to reduce costs and distinguish themselves in the market in order to attract buyers. 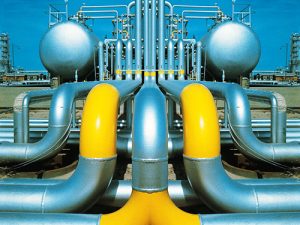 At the same time that progress is being made on streamlining permitting for LNG exports, permitting for natural gas pipelines has slowed while the FERC considers changes to its processes for certification of new interstate facilities. The FERC also revised its 2005 tax policy in 2018, to disallow the recovery of an income tax allowance in the cost of service rate of master limited partnerships.

Any continuing trade wars between the U.S. and China (as well as other countries) would likely cast a shadow over U.S. liquefaction projects. The Trump administration previously imposed tariffs on the import of steel from China, which increased costs significantly for the natural gas and LNG industry. China responded by setting a 10-percent tariff on U.S. LNG imports. This dampened the enthusiasm of Chinese LNG buyers for U.S. LNG, undermined the cost competitiveness of U.S. natural gas and stifled the prospects for U.S. LNG in China.

Should similar tariffs return, Chinese investors may decide not to invest in new U.S. liquefaction capacity, instead targeting their investments into other potential LNG export projects.