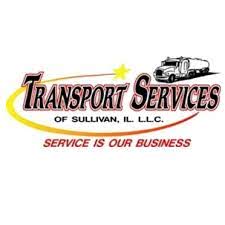 For Jon England, president and chief executive of Transport Services of Sullivan, located about halfway between Indianapolis, Ind., and St. Louis, Mo., the coronavirus pandemic is not the first time he has been tested.

In 2001, after the terrorist attacks on Sept. 11, 2001, England was working for EK Transport Services, which had just opened for business. The carrier’s fuel division — EK Petroleum — was struggling to get deliveries because its supplier at the time was first taking care of its larger customers.

“I told my dad I was going to buy our own truck and make sure we could get our product when we needed it,” England said.

And that’s exactly what he did.

In 2006, England expanded his operation by adding a gas hauling division to do work for Casey’s general stores. He also changed the name of the company to what it is called today, Transport Services of Sullivan.

Since then, it has added a renewable fuels division that hauls biodiesel, ethanol, and denatured gasoline across the Midwest. But despite being an essential service that transports fuel to businesses that meet the needs of workers and first responders, England said the COVID-19 crisis has had a significant impact on his business.

“Being a backup carrier, this crisis has devastated our company through demand destruction,” he said. “The demand has dropped so low, there is very little backup support needed from our partners right now.”

The state of Illinois announced a stay-at-home order March 20, and it didn’t take long for England to reach out to his staff.

“I immediately sent a letter to all 19 of my employees assuring them that they were working with a strong company that was going to stand behind them through this tough time,” England said. “I then told them, regardless of the hours they worked, I would pay them $1,000 per week until June 1.”

England said he promised the weekly salary because he didn’t want his staff to worry about their personal financial obligations.

“All I asked from them was if we secured work, regardless of destination or time-frame, I expected them to be ready to step up and help out,” said England, who spoke to each employee about his plan of action. “I assured them that without a good team there is no company, and I was going to use my own finances to fund this promise. I am proud to say that through the personal calls to my employees, I found out that they really appreciate what I am doing for them, and that they will do whatever is necessary to help the company get through this crisis. That really meant a lot to me.”

To help keep his promise, England applied for a federal Paycheck Protection Program (PPP) loan, which was approved at the beginning of April.

“This was a crucial part of our survival,” England said. “This loan is to fund payroll, health insurance, utilities, and rent, and most importantly, keep the company in a position to go back to work on a moment’s notice.”

England said Transport Services of Sullivan is a small, regional trucking company that brought in around $8 million in gross revenue in 2019.

Though times are tough right now, he is confident the economy will bounce back.

“I am a believer that we will come out of this setback stronger than ever, and I am excited for what the future holds for us,” England said. “Tough times don’t last, tough people do.”