Celadon Group has asked a court to allow it to pursue a public auction for its Mexican businesses, with a deadline set for early summer.

The most recent court filings are part of the U.S. Bankruptcy Court for the District of Delaware hearings for trucking company Celadon Group, which filed for Chapter 11 bankruptcy in December.

Celadon had been in talks with White Willow Holdings to sell its Mexico business for $2.4 million, after the proposed $7 million sale to P.A.M. Transportation Services fell through in April, according to court filings.

A group of unsecured creditors had asked the court to halt the sale to White Willow, proposing the sale be completed through a public auction, according to court documents filed May 14. 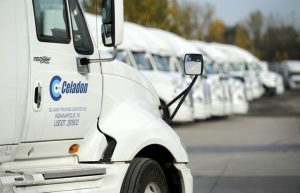 The sale to White Willow Holdings was set for a hearing in late May. However, representatives for bankrupt Celadon filed a motion stating they “have received numerous unsolicited expressions of interest for the Mexican assets.”

Representatives for Celadon filed a motion to establish a public bid deadline of June 8 for the Mexican assets, with an auction possibly proceeding on June 11.

In a separate court filing, Cincinnati-based Huntington Bank also filed a motion to block the sale of Celadon’s Mexico busines, saying it was owed more than $3 million for trailers it had financed for Celadon. Representatives for the bank said some of the trailers may be located in Mexico.